In somewhat shocking news this week, we’ve learned that GTA IV, also known as Grand Theft Auto IV has been removed from Steam. You cannot purchase the game on the PC gaming platform anymore, and the Steam page has removed the option to do so. This is definitely a mystery due to the fact that no one has made any announcement as to what’s going on or if it will ever be back on Steam.

GTA Removed from Steam with No Announcement or Reason Given

GTA IV was on Steam a couple of days ago, but it has since mysteriously disappeared from Steam without notice or reason given. If you go to the Steam page for GTA IV, you’ll see that the option to gift the game or purchase the game has been removed. The really weird part is that Red Dead Redemption 2 just landed on Steam the other day. We have no idea why GTA IV was removed from Steam since Rockstar Games has not made an announcement on the issue. 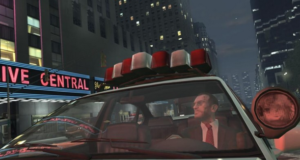 In a more interesting tidbit of information, the game is still available for purchase on both PlayStation 3 and the Xbox 360. That means this issue seems to be only related to Steam, which makes the music licensing issue less likely. When a game is hit with a music licensing issue, it usually would impact all versions of the game and all platforms.

Since GTA IV is not on Steam but available elsewhere, that seems to mean it has something to do with Steam itself. A music licensing issue did impact Rockstar in the past, however. It actually had to replace some radio station music in the game, which it did with an update.

GTA IV Removed on Steam but Expansions are Still Available

Adding even more mystery as to why GTA IV was removed from Steam is the fact that expansions are still available. The Liberty City expansion pack, which is a standalone story expansion, is on Steam right now with an option to purchase it. It would make no sense for GTA IV to be removed but leave these expansions on Steam. We did notice that the Complete Edition, which contains both the full game and all expansions, has also been removed from Steam. 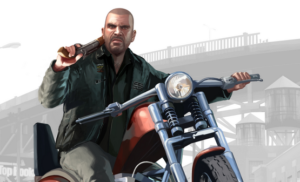 The game is also still available on various third-party seller sites, such as both GamesPlanet and Humble Store. These third-party sellers are official and still allow you to purchase the game and play it on Steam. Since the game is still available on Humble Store and other places, it really adds mystery as to why the actual Steam page has removed the option to purchase or gift the game.

As with most situations like this one, you don’t need to worry too much if you already have purchased Grand Theft Auto IV on Steam. You’ll still be able to play GTA IV on Steam without issue if you’re one of the thousands that already have the game in your library. 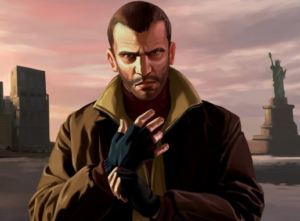 So this move is only going to affect people that were looking to purchase the game and not those who already own the game on Steam. We have not heard anything from Valve either as to what happened, but hopefully, the game will come back in a week or two and not be forever removed from Steam.

In the comments below, we want to know if you play GTA IV on Steam or another platform. Do you think GTA IV is one of the best versions of the hit franchise or is there another game in the series that you like better? What about Grand Theft Auto makes it fun to play overall compared to other games? Do you think that the hype around GTA is going to dwindle anytime soon or do you think GTA is going to always be one of the most popular games?