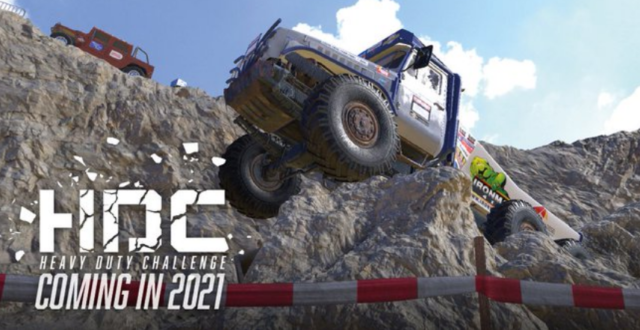 We’ve learned a new game from Nano Games is set to hit Steam in 2021, which is called Heavy Duty Challenge. This game is an off-road simulation game that was inspired by Truck Trial Motorsport Championships Europa. There will be a ton of trucks in the game that you can choose from.

We also know that there will be a lot of different types of terrain that you can race on. It’s confirmed that some of these terrains will be incredibly challenging. We love racing games that offer more challenging terrain. Keep reading to learn more about Heavy Duty Challenge and the details we know about the Steam release in 2021.

Heavy Duty Challenge Will Launch on Steam in 2021

While it seems like a long time away, we’ve learned that Heavy Duty Challenge is going to come to Steam in 2021. This motorsport game is both developed and published by Nano Games. The company just announced that this new title will be coming to Steam next year. If you like off-road simulator games that feature various types of terrain and big trucks, then this game might be one to check out next year. 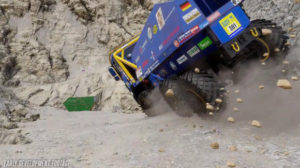 If you’ve heard of Europa Truck Trial Championships, which is an actual event, then you will have an idea of what this game is all about. This particular event takes place every year in Europe. A lot of professional truckers go to this event to win a championship title. It’s also a place where truckers can go to show off the skills they’ve learned. This new game coming to Steam basically allows you as a gamer to test out this event and it’s very realistic.

As we just mentioned, the Heavy Duty Challenge game coming to Steam is very realistic to the event it’s based on. We also know that right now the game is in early stages of development. That means we might see some tweaks to the details we know already. We hope that the game will at some point this year be available in Early Access, but it’s too early to know right now. 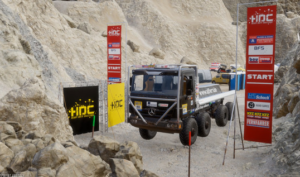 Even though the game itself is still in development, you can see more about the game by heading to the Steam page. That’s right, there already is an official Steam store page for the game. It’s pretty cool that the page is already up considering the long wait for the game to actually arrive. Hopefully, this means that the game is further along in development than what’s being stated. There are plenty of things we don’t know yet about the game, such as the price point and details in terms of the gameplay. We expect to hear about these details later in the year and will keep you updated when we hear more information about those specific details.

We do know that there are 12 trucks you can drive that exists in real life and each has a cabin view unique to the vehicle. That means you’ll see different views depending upon which truck you’re in at the time. It will give you the most realistic off-road experience possible and you can even change camera views if you want. There is the cabin view, TPP, and five other additional camera angles to choose from. Steering wheels and gamepads will also be supported on the Steam game.

Other Details We Know About Heavy Duty Challenge Steam Game

There are a few other details that we do already know about this upcoming game, such as that the five locations you play in the game are real locations. These locations in the game are all based on the Europa Motorsport Championship itself. That’s something we think people will really like about this game. It’s not a fantasy or made-up game since the locations exist and are used for racing. The graphics are all realistic and also the game has realistic sounds and effects. You’ll feel like you’re really driving in this game it’s so realistic. For us, that’s a key indicator of a good simulation game. 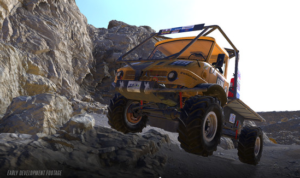 There are also some competitive aspects to this game, including leaderboard competitions and other challenges. There will be additional details added later on by the developer. There’s only limited information right now since the game is still in fairly early development at this point in time.

We also know the game will be coming out in Q4 2021. If you think about that, it’s quite a long time from now. This means that some parts of the game may change before it’s an official release. There also might be some tweaks and improvements before the official release. In the comments below, we want to know if you’re excited for this new racing simulation game to come to Steam.