Intex Cloud Gem+ with 4.00-inch display, 3G Launched in India: Intex Cloud Gem+ stylish smartphone unveiled on March 2016 and it comes with 4.00 inch display touchscreen with a screen resolution 0f 480pixels by 800 pixels. It is powered by 1.3GHz Quad-core Media Tek MT6580M processor, 512MB RAM DDR2 RAM and 400 GPU processor. This stylish smartphone packs with internal storage capacity 4GB and external storage capacity extended up to 32GB via microSd card. As far as camera concerned, it packs a 2megepixel primary camera on the rear and 2megapixel on the front shooter for selfies lovers. The intex Cloud Gem+ runs on Android 5.1 and is powered with 1400mAh non removable battery and it measures 126x64x10.30 and weight of 114 grams. 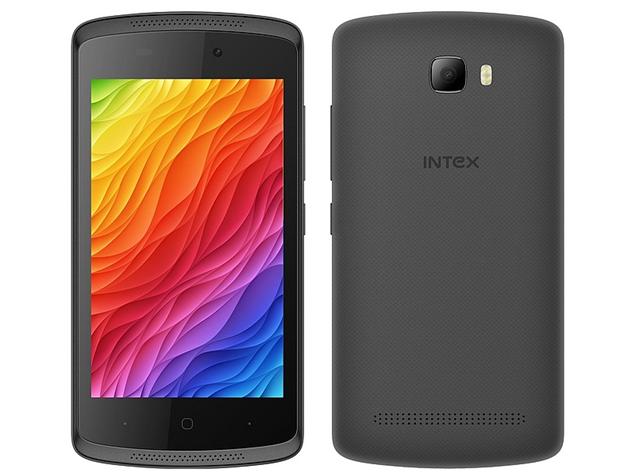 It is Dual Sim Card supporting Stylish Smartphone that runs on 5.1 lollipop operating system out of the box. It is available in Classic Black and Soothing White color vibrant variants.

The Intex Cloud Gem+ sports 2-megapixel of rear camera with LED flash and 2P Lens, along with a front-facing 2-megapixel fixed focus camera. It in build houses 4GB of inbuilt storage, of which 956MB is for users. However, it can support microSD card (up to 32GB) too. The tools and device supports 3G, AGPS, Bluetooth, WiFi, FM radio, and Micro-USB 2.0 connectivity.

Intex Cloud Gem+ on Monday launched its stylish smartphone for low and midterm segments reasonably economically priced at Rs. 5,999, and within a day utter a huge response and planned to launch its second smartphone in the same series – the Cloud Gem+. This stylish smartphone handset is available to purchase exclusively from online retail store like Snapdeal, an e-commerce website, at Rs. 3,299.