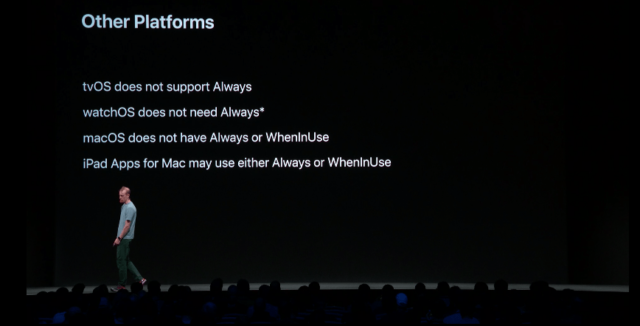 There are plenty of new features in iOS 13, but some of the ones we’re most excited about have to do with new privacy settings and features. The new iOS 13 shows off a ton of new enhancements in the privacy area, including one that shows you how apps are using your location. This new feature shows you a map where apps have tracked you. This includes the apps that are using your location in the background. Read on to learn more about the iOS 13 privacy features focused on location tracking. 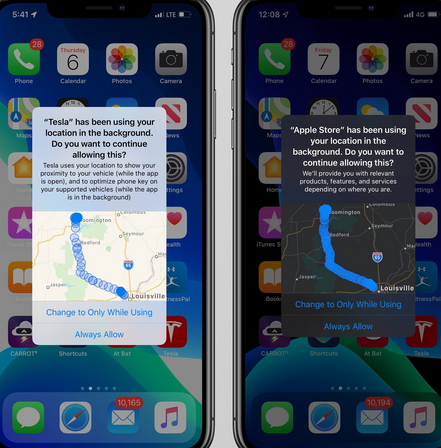 The Apple Store app is one app that will track your location, but a ton of apps are known to be doing it as well. Whether you are using the Tesla app, Twitter app, or another app, you will be able to see exactly which app is tracking you where. What we love about this new feature is that there will also be a notification that tells you why the app feels it needs to track your location. So not only are you seeing a map of the apps tracking you, but you are getting a reasoning for the tracking specific to each app.

As you can see in the picture, there is a detailed response for the Tesla app running on this particular device. The Tesla app explains that it’s using your location in order to show you the proximity to your vehicle. The location tracking is also important for phone key support for your Tesla, according to the company response for the app. 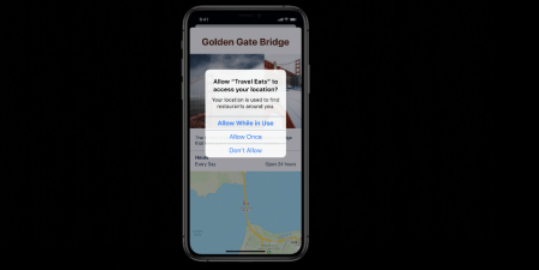 With the new iOS 13 feature, you also can see the reasoning from the Apple App Store as to why your location needs to be tracked. Apple said that it will give you relevant features, services, and products, based on your location. You also will have the ability to change those location permissions in a pop-up window too. This means you can change it so that the app can track you only when you are using the app or allow the app to track your location only this one time.

You will no longer need to provide the app your location all of the time or have the app tracking your location in the background at all times. If you click “Allow Once” then Apple considers this to be just a temporary permission given and the prompt will show up next time you open the app.

The main goal of this new feature in iOS 13 is to make you more aware of those apps using your location data, even when the app is only running in the background. You might not know how many apps have been tracking you while running in the background, so that is where this feature will come in handy. There are several features in iOS 13 that are focused on privacy and enhancing how you interact with apps based on what you think is the best option. 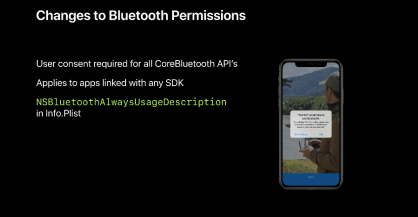 With iOS 13, there is also a change so that the developers will no longer be able to try to figure out your location when using Wi-Fi network details or Bluetooth details. While we haven’t talked much about iOS 13 in the past week, we know there are several new features you are probably excited about.

In the comments below, we want to know what iOS 13 features you are pumped to hear about and what features you didn’t like from the presentation a week ago. Are you hopeful iOS 13 will be more user-friendly and also privacy-minded? It sounds like users will have a lot more customization than in previous versions, but is it enough to really protect your privacy? Let us know your thoughts and opinions on iOS 13 in the comments below we would love to hear from you!