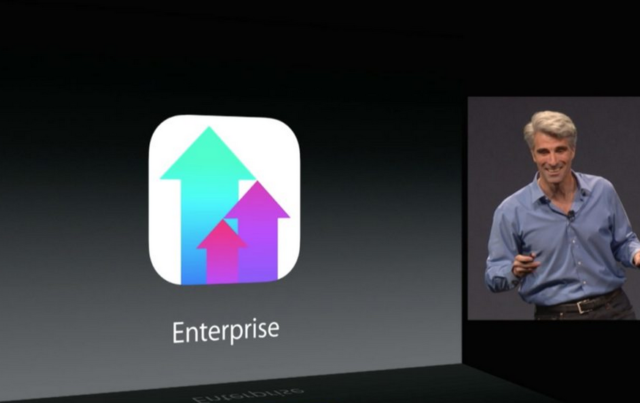 The study found that mobile collaboration happens a lot more on iOS than on Android. In the mobile business market, a lot more companies are choosing to go with iOS over Android. Specifically, the iPhone and iPad seem to be big hits in the enterprise world. 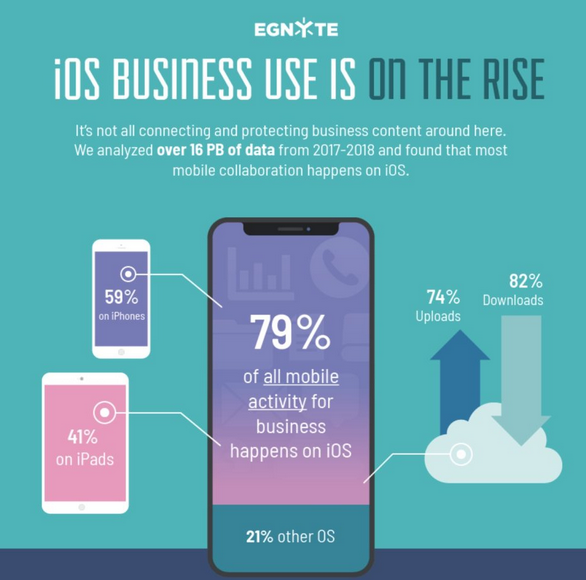 Egnyte itself looked at a lot of data between 2017 and 2018, including 1,600TB of information. The data protection and file sharing company wanted to know in the business world what the newest and latest trends were. This goes for both the mobile business market and the desktop business market.

What the company found is that when it comes to the mobile business market, iOS was the clear winner without question. 79 percent of mobile use in the business world was coming from iOS, and almost 60 percent was on the iPhone alone. The data showed that all kinds of iOS devices were dominating the top five spots in the mobile business market. The iPhone 7, iPhone 6S, iPad Air 2, iPhone 7 Plus, and iPhone 6 round out the top five.

In the Mobile Business World iOS Dominating Over All Other Systems

The iPhone X, iPhone 8, and the iPad Pro were also included in the list, making the top 20 most used devices in business. When a business begins upgrading their devices, it is often times done a lot slower and less often than a personal device would be upgraded. That is why it makes so much sense that the cheaper iOS devices would be most used in the business world.

Considering the price tag of the iPhone X, we can definitely see why that is not in the top five. The top five iOS devices used in the business world are affordable iPhones and iPads. If you are buying a lot of iOS devices for your business, of course you will go with the $300 or $400 product over the $1,000 iOS device.

It also makes sense for a business to go with a model that is a few years older as opposed to the newest iOS device. Most businesses do not care about having the latest iOS model in reality. The companies would rather go with a trusted and reliable iOS device from a few years back. These older devices also have been patched and updated so that bugs and vulnerabilities are less likely to occur.

One important note about the study from Egnyte is that it showed iOS is lagging far behind in the desktop department for businesses. Microsoft is still the most commonly used operating system for a business desktop computer. Microsoft has 91 percent of the desktop market in the business world, which is really not that surprising to us.

The company has long been used in the business world, with many companies choosing it over less common systems like Linux or Apple. The reason for this could be familiarity with the Windows system for employees. Most people have been on a Windows desktop PC before, some even their entire life. For the employer, there likely is less training involved using the Windows system since most people already have the basics of Windows down pretty well.

Only around 9 percent of businesses use macOS, which is still pretty high all things considered. When it comes to the growth of iOS in the business world, it is growing pretty good. IT is seeing more than an 82 percent increase in the use of iOS in the business world. There are seven different industries where iOS growth has been over 50 percent since back in 2017. This is all great news for Apple, and it shows that more businesses are looking at iOS and macOS as the way forward for safety and security.