Kylie Jenner, the barely legal 18-year-old sister of Kim Kardashian, is now number one on the iTunes Chart just one day after launching her app,along with her sisters, and it has officially passed Kim’s app.

All of the sisters released their own personalized apps on the same day, but instead of Kim being the one with the most attention, Kylie is now pushing her out of the way to become what seems like the most popular sister out of the bunch. According to TMZ, about 900,000 people signed up for the sisters’ sites, which is only $2.99 a month, and comes with a seven-day free trial. The apps let people into the world of the famous sisters, and Kylie beat out Kim by double digits. 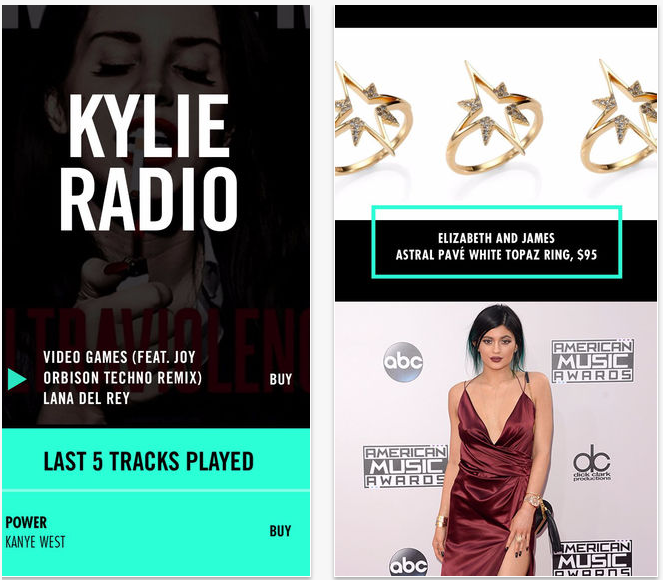 The numbers were 74 percent signing up went for Kylie, 11 percent went for Khloe, 9 percent wanted Kim’s, and only 6 percent wanted to sign up for Kendall’s app. In fact, Kylie’s app had so much traffic on the first day that she personally had to send out a Twitter message explaining how her app was experiencing technical difficulties due to how many people were trying to get on it at the same time. Kim’s personalized app though was not doing too bad itself, as Kim made the Best New Apps list for her app, and the 34-year-old even uploaded a photo of the list to her Instagram account.

Kylie’s app features a lot of shopping suggestions, outfit breakdowns, styling tips, makeup tutorials, behind-the-scenes videos, and much more. Lately, Kylie has become the breakout star of the family, often outdoing older sister Kim, even though it’s still really unclear what she has contributed as she just turned 18 and at this point is only known as a reality star from the television show. She has been in the spotlight for the past year because she has been dating Tyga, a 25-year-old rapper, which by law is illegal since their relationship began when she was 17-years-old, although it seems no one has an issue with such a relationship. Speaking of Tyga, Kylie said it was Tyga who said her app would become a huge success and overtake her famous sisters, including foreshadowing it beating Kim’s app. Kylie said that Tyga is rubbing it in to everyone that he called it months ago that her app would become the most successful out of the bunch.

Things are not all good for the sisters though, as Kim is struggling to let go of being the top sister of the Kardashian and Jenner family. Of course, Kim became famous for making a sex tape when she herself was barely 18 with a rapper, and since then, has been queen of the household. Kim has been a sex symbol and much more ever since that sex tape, and insiders say that she is trying to stop Kylie from taking her place now that Kylie is of legal age to engage in these acts, and possibly make a movie of her own. 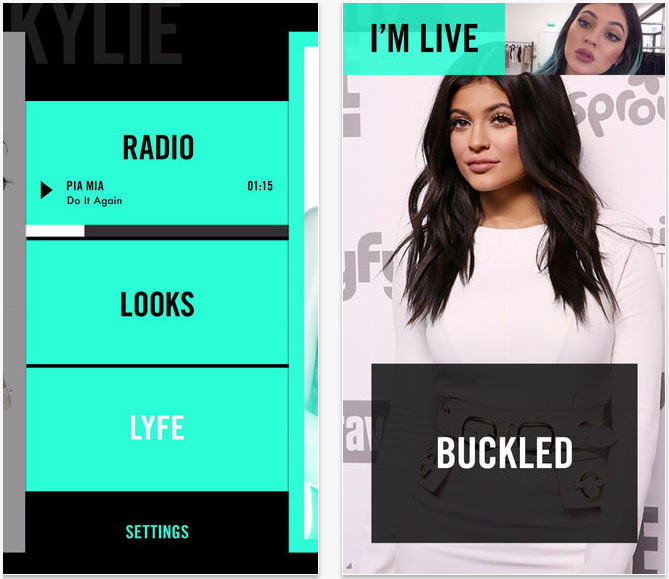 Kylie took to Instagram to thank everyone for downloading her app, saying she could not believe she snagged the number one spot on iTunes. Amazingly, Kylie also surpassed Facebook and Instagram to get to the number one spot, so it just shows her young fanbase is really excited for her new app, and it shows how reality television swooped in to make her a household name. Between the behind-the-scenes videos and the makeup tutorials and so much more, her app is one that a lot of young girls are downloading, if for no other reason, because they want to see and know everything about being famous and shooting the reality television show with her family.

It is also possible that her fans also signed up because they want to see if her father makes an appearance at some point, maybe Kylie giving Cait some makeup tips soon? Only fans can hope that her app features all of her family members in the behind-the-scenes videos and tidbits. Kylie’s mom and manager, Kris Jenner, also posted the photo of the chart to her personal Instagram page, congratulating her daughter on grabbing the number one spot, saying she was so proud of her, and being really supportive of her app endeavors. Kris hashtagged the photo with “smart girls” “family” and “amazing work ethic” as well. So from here, it is hard to say where Kylie will go, considering her app just launched, fans have to see some product to really see where this is going to go. It could turn out to be a successful business venture as long as Kylie puts the work into making it her brand, which includes featuring real content and real tips from the reality star.