Last Day on Earth: Survival is a new zombie survival game created by Russian development company Kefir!, a developer who has been creating on a social and mobile platform for several years now. Other notable games developed by Kefir! include popular match 3 style games Forge of Glory and Totem Rush, they are also a survival game veteran having developed numerous games in this genre. You can check out their entire games list on their website.

To get and install the newest Last Day on Earth: Survival APK for your Android device, click download.

Step 1. You can download the apk file here. Once the download is complete, simply open the file in your phone’s browser.

#4. Now you can start the game and begin playing Last Day on Earth: Survival!

About Last Day on Earth: Survival

In the year of 2027, an outbreak of an unknown virus has completely decimated the majority of the worlds population. Little did people know that this virus was causing their dead to rise and become zombies who would go out to further destroy 80% of the world remaining population.

The zombies themselves are not your main issue however, many of those who remained alive are happy to put a gun to your head if it means that they get to go on living. How are you going to survive in this scary new world?

In Last Day on Earth: Survival, you play as a lone survivor in the zombie ridden post-apocalyptic wilderness. You are forced to fight for survival against roaming zombies and other players as you gather resources to ensure your survival. 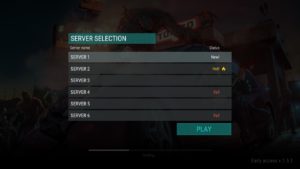 Upon starting the game, you are treated to some absolutely beautiful artwork on the loading screen, quickly followed by a server list, one of which you will choose to join. Since the game is still in beta, there are only a handful of servers to accommodate players joining the game. Once your choice of server has been selected, you are quickly thrust into the gameplay. 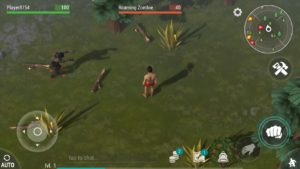 You begin the game as a lone individual in what appears to be a large wasteland, you can collect berries for food, pick up wood to build with, kill roaming deer in the area and even beat up zombies who want your brains.

The main aim of the game is to ultimately gather enough resources from your environment to build a fortress to protect you from would be attackers, which, at this current point in the game, are the zombies themselves and AI controlled players.

Whilst out in the wilderness away from the safety of your fortress, you just have to survive for as long as you possibly can whilst defending yourself from your attackers. Players can defend themselves in multiple ways, however you will initially kill your attackers in hand to hand combat, as you don’t immediately have any weapons at the start of the game. Once you begin to develop in the game, you will gain a variety of weapons which will offer you a stronger defense. 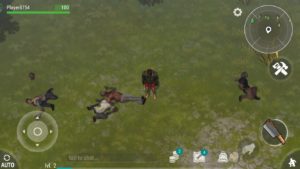 This game in itself is ultimately based on strategy, so each player must strategically plan what to take with them when venturing out of their safe area, knowing when to kill and when to flee and using the resources themselves. 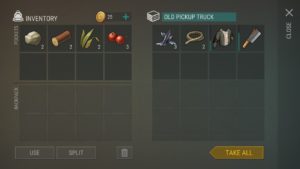 Beyond the players safe area is a variety of other areas, for example; military camps that have been long since abandoned or even other survivors camps. Both of which areas could equally offer chance and challenge, in this new world can you really trust any others who are ultimately looking out for their own survival? But can you really pass up the chance to get better weapons or more food? Taking these risks are what make your game exciting.

Whilst the game itself is free, you are also offered the chance to purchase the in app currency of coins to speed up your game progress or purchase premium items. There are also special packs that give you some in game currency, weapons, clothing, building resources and even food. The coins can be used to purchase a variety of this such as experience boosters, which can double your gained experience for a period of time between one and fourteen days 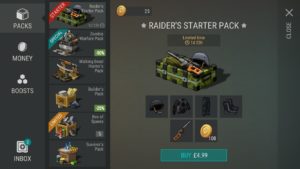 Once you’ve developed your own stronghold, you have the chance to attack other in the game by accessing the global map, which will show attack-able nearby camps, ultimately taking their resources for yourself. 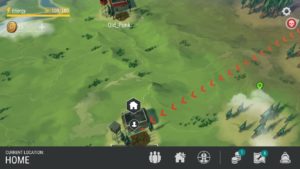 The game also offers a social element and offers players the chance to band together by joining a clan, whereby you band together with other players to survive in the deadly new world. Through your clan, there is a chat option, allowing you to chat to other players to plan out coordinated attacks on the scourge of the land.

How can I download Last Day on Earth: Survival?

Currently the game is only in Beta, so not everyone can play the game, however, we at app informers have an APK, allowing anyone to play the game.

Our APK features the latest up to date version of the game, so if you’re in a region that can’t currently play this game, check out our 100% trusted download now!!

Well one of the great things about downloading an APK is that it removes restrictions that come with most games, in that you are not limited to just your mobile devices. Want to slaughter zombies on a bigger screen? Well now you can with our APK! With trusted APK running software, you can play our APK on your computer, or you could even play on your TV! You’ll never want to squint at you tiny phone screen again with this amazing life hack!

Don’t forget, we always keep our links with the most recent updated version of the game, so you never have to miss an update.

I wish you all luck on your journeys survivalists!

Let us know what you thought of the game in the comments section! 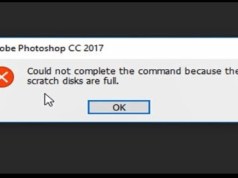 The Scratch Disk is Full: What Should You Do? 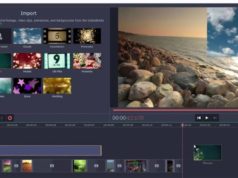 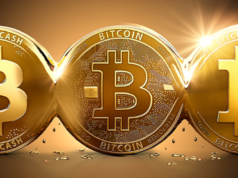 Best Ways To Learn About Bitcoin in 2018