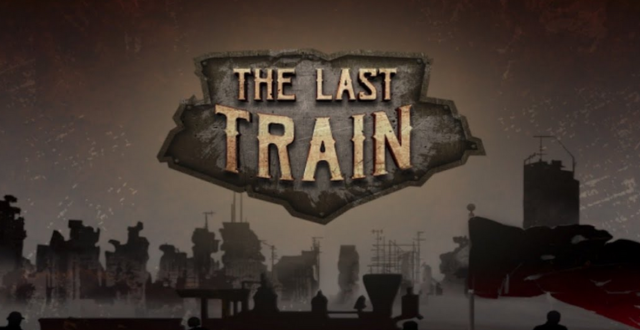 We’ve got great news for you if you’re looking for a new iOS game to get into this week as it was just announced The Last Train- Final Ride has been released. This game first landed on PC two years ago, and now Smash Game Studios has released the game for iOS.

The game was just released on October 20, so it hasn’t been out but for a few days at this point. If you’ve never heard of this game before it’s a survival simulation game that’s pretty dark in nature. Read on to learn more about the game and what it’s all about to see if it’s a game you’d be interested in playing.

The Last Train- Final Ride is a simulation survival game that takes place after WWII, so you can imagine just how dark this game is. The game is in an alternate timeline and it is all about America after WWII. You are one of the very few train operators left and you’re going to have to travel from city-to-city to possibly help people. We’ve included the trailer below so you can see what the game looks like and from the looks of it, it’s definitely an interesting and spooky game.

In the game, you will be meeting a lot of different people and you’ll need to decide whether to help out each person or not. You must craft items by scavenging through cities for various supplies to stay alive. You’re also going to need to find supplies and parts to keep the train up and running.

There is also a new update available to the Steam version of the game. If you don’t have an iOS device, but you want to play on PC, you can do that too. The Steam version is The Last Train- Definitive Edition and you’ll like the new update that’s available for the PC version as well.

There are many different elements to this game and it’s all about seeing how war impacts people all over the country. People that lived through WWII went through a lot of scary moments, and as a train operator, you’ll see quite a bit of that. A train operator is a blue-collar worker so it’s very interesting to see the post-WWII impact through the lens of an operator. It’s one thing to see the war and the effects through a soldier, but seeing it through an average American worker provides a new viewpoint and angle. 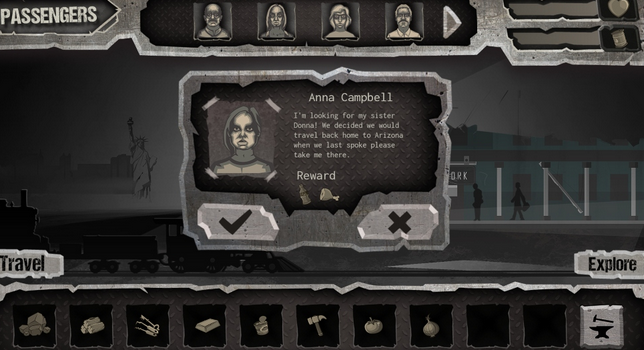 In The Last Train- Final Ride there are also some elements of morality involved since you’ll have to decide whether or not to help people. The survivors want to be reunited with their families, while other people are terminally ill and need your help. Are you someone that will help terminally ill people but not help those looking to get back to their family?

Will you help old people or just help young people? There are many different situations you’ll be faced with in the game. We love games where it’s all about what you decide to do in each situation. You also could choose to just get supplies from people and not help them or share supplies with them.

As with a lot of simulation games, every decision you make in the game impacts other people from all over the world. When we’re talking about a post-WWII America, each decision will have multiple consequences for multiple people. The consequences of your actions will impact people outside of America too. If you check out the iOS version, you’ll notice that you get all of the same content that’s on the Steam version plus a few extra features that are specific to iOS. 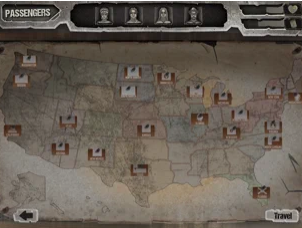 The features you’ll also see on iOS include Game Center, haptic feedback, and even optimization for mobile devices. This game is also optimized for the iPad, so whatever iOS screen size you have, you’ll see the best version of the game available to you for that device. Another cool thing to note is that there are no ads in the game or in-app purchases available. The game is $1.99 on Apple’s App Store and this will get you everything without ads. Smash Game Studios hasn’t released a game before that was premium and didn’t contain in-app purchases or advertisements.

In the comment section below, we want to know what you think about The Last Train- Final Ride. Is this a game you’ve already played on Steam? Do you think that this type of game where your decisions impact other people is fun? Have you found the premise of the game to be too dark or do you like the grim reality that this game provides? If you’ve had a chance to play the game in the past few days we want to hear about your experience with the game. What did you like or dislike about the game since you’ve started playing it?