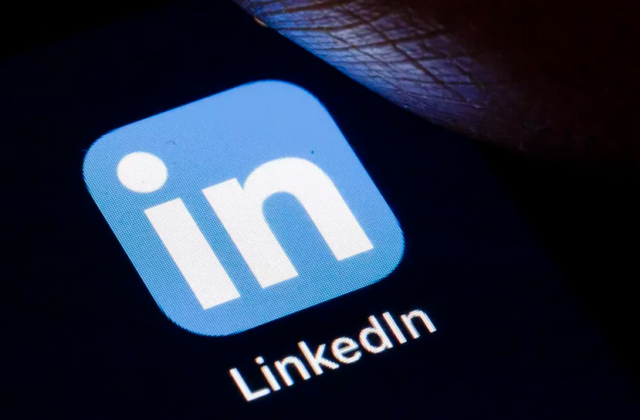 We told you a few days ago about how TikTok was just caught copying content from the iOS clipboard with the new iOS 14 beta release. We’ve just learned another app was caught thanks to the new alert with iOS 14 and that app is LinkedIn. LinkedIn said that the app will stop copying the contents of the clipboard and blames the issue on a bug. Read on to learn more about what exactly LinkedIn was caught doing and how the new iOS 14 alert works.

LinkedIn claims that it was a bug that was causing the app to copy the content from the clipboards of iOS devices. The issue was that the app was repeatedly engaging in the behavior of copying the clipboard content, meaning it didn’t only happen once or twice. LinkedIn has claimed that the clipboard content was copied as a way to do an equality check. 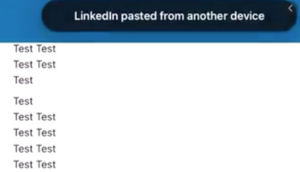 The company said that the app was checking what the user was typing and checking that against what was in the clipboard. Once the app was caught doing this, the company claimed it was a bug although never mentioned why an equality check would occur. The Engineering VP for LinkedIn, Erran Berger, wrote those claims on Twitter. Berger followed that up with saying that the clipboard content was not being stored or transmitted.

The new alert in iOS 14 is what has been catching apps in the act when it comes to copying the clipboard contents. The alert is part of a new privacy feature that you’ll find in iOS 14, which is still currently in beta only for developers. We are very excited to actually try out iOS 14 for ourselves. Hopefully, once we get our hands on iOS 14 beta we will see even more apps discontinue the practice of copying the clipboard content. 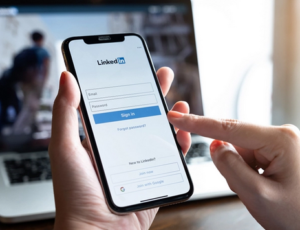 With this new iOS 14 privacy alert, you will get a notification that an app has copied something from your device or from a different app. Since this beta went live, people are seeing a lot of questionable tactics by certain apps out there, including TikTok. We knew that apps were doing things like this but until now, we didn’t have a way to prove it. The new alert is definitely going to be helpful in alerting users to privacy-invasive apps and issues with popular apps that we never knew about.

LinkedIn also is now part of the problem thanks to the alert that it’s also copying clipboard content. It appears that a lot of clipboard content is being copied with every single keystroke that you make.

Once this was made public on Twitter, Berger said that once the fix goes live within the app, LinkedIn would follow up. This means that LinkedIn is essentially claiming this is a bug and that the app wasn’t supposed to copy this content. Whether you actually believe Berger is up to you, although it’s a good thing that this was caught early and hopefully more apps will heed the warning of the new iOS 14 alert.

What we’ve learned the past couple of weeks is that copying clipboard content is a bigger problem than what most people probably thought. The new iOS 14 beta is currently for developers, and the public beta will be coming soon. 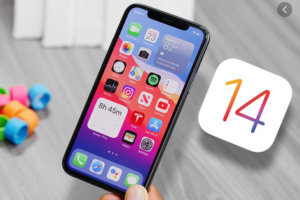 We expect that once iOS 14 beta rolls out to more people and becomes public, there will be many more apps accused and caught copying clipboard content. It appears copying the clipboard contents is going to be a huge issue moving forward. As more apps are called out, we expect more developers to call it a “bug” and take this ability out of their app.

In the comment section below, we want to know whether or not you think apps copying clipboard content are doing so for nefarious purposes? Do you think that these apps are spying as some claim? What do you think about app developers that claim “bugs” when they get caught doing something that causes an uproar among users?

Are you someone that uses TikTok and did you know this app was caught doing the same thing last week? Do you think TikTok is part of the Chinese government as some people claim? What do you think of the new iOS 14 alert? Do you think this alert is going to be useful in weeding out apps that violate privacy of the users? Lastly, does this news make you less likely to use LinkedIn or do issues like this not bother you?