There is no way to stop this location data from being sent to Google, according to the report from Quartz. The only way you might be able to stop it is to remove the SIM card and disable Wi-Fi and cellular data. This means that the Android device would essentially be useless. There is no way to change how this information is collected even if you have location data turned off on all of the apps on your Android device.

The interesting part is that the spokesperson for Google claims this location data was meant to help deliver messages in a more efficient manner. The cellular data and ID codes were being collected in order to help the performance and speed of messages. The company claims it did not put this information into the sync system though, which means it was allegedly discarded immediately. It is up to you whether or not you believe what Google is insisting the reasoning behind this was. Did they just say this because Quartz caught the company and called them out? Was this really something that was needed to deliver messages on Android? 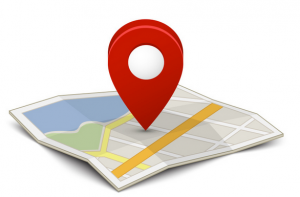 Even if you take Google for face value in this situation, it is very sensitive data that it was collecting without people even being aware of what was going on. Users did not have the ability to opt-in or opt-out of this location data collection. That is a huge invasion of privacy on the part of Google. It is the latest example of the tech giant ignoring privacy of those on Android or those using Google products.

Cell tower locations are very important, although not a very precise indicator of where you might be. You would have to use triangulation of multiple towers in order to really get a specific location from the information. Even without it being precise, it is still a huge invasion of privacy. There is a lot that people can learn about you from your location data. This includes information about your lifestyle and your habits.

Someone could figure out where you live, work, shop, and much more with this information. We thought we would alert you of this invasion of privacy once again by Google. Let us know in the comments if you believe Google will actually stop collection this location data. Do you think it is possible that the company is just saying that to prevent backlash from the Quartz report.