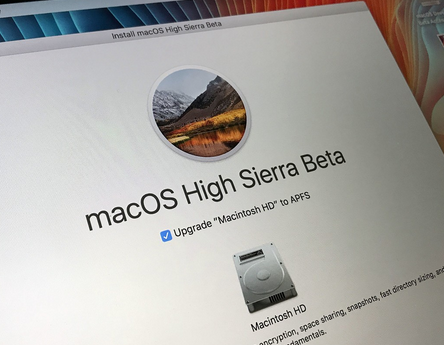 While the macOS High Sierra is just on public beta, it is still a new macOS release that is worth talking about. While we do not know when the macOS High Sierra will be available officially for everyone, you might think about installing the new public beta that was just made available today. There are not a lot of new features in this beta, but if you are a photographer you are going to really enjoy the editing tools additions and changes that make photography a lot easier and fun with this update. 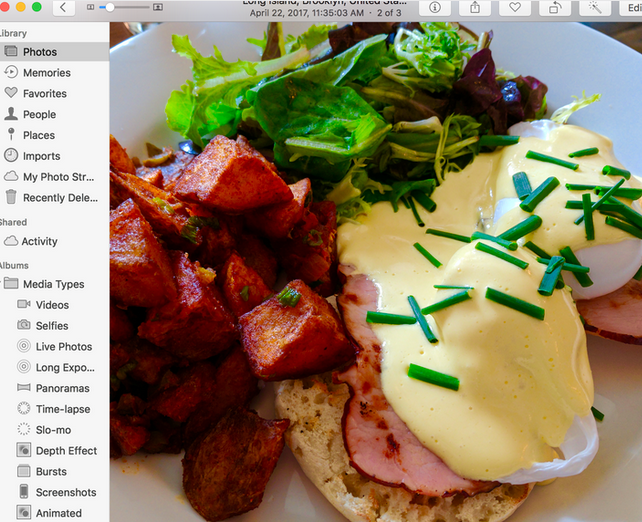 Photos- The first thing we wanted to bring up in the new macOS High Sierra, is the changes to the Photos app. Out of everything that could have received new tools and updates, it appears Apple put a lot of work into revamping and adding features to the Photos app. Some of the new changes in photos includes changes to the sidebar to include options you will regularly want to get to.

These changes to the sidebar include now adding Library, Memories, Albums, and Live Photo to the section. You will also notice that you can sort and view your photos by going through the media type, such as slow-motion, selfies, and panorama. With macOS High Sierra, you will feel like you are holding a very expensive piece of editing software for all of your photography needs.

Edit View has been changed and it gives you way more tools to use, such as selective color and curves. There is a “Compare” button too, which allows you to see the before and after once you have finished the editing. This allows you to make sure your changes are making the photos better. The built-in filters are also improved in macOS High Sierra, which makes this much more like iOS 11. There are additional features added that will make Photos on macOS more similar to iOS 11, including changes and additions to Live Photos.

Safari- While there is a lot going on in Photos we did not include, because there is just too much to include, we wanted to move onto Safari. You will notice that in the macOS High Sierra beta update, Safari has been changed too. When it comes to Safari on macOS High Sierra, the biggest change you will notice is that now Apple has made it much easier to protect you against ad tracking and the auto-playing video feature. 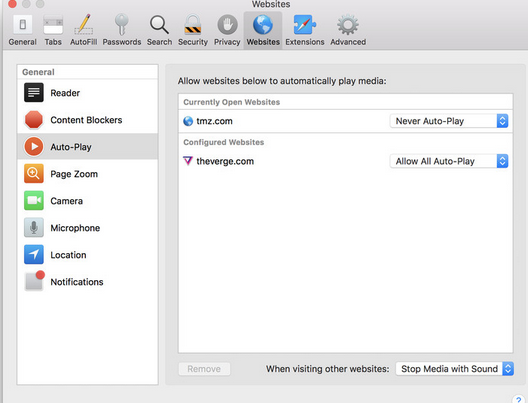 You will no longer have to deal with videos automatically playing, which is great because auto-play videos were super annoying. You will have to usually hit the play button now if you want to watch a video, or at least perform another action to get the video to load. You will also have the ability to set the auto-play preferences, which means you can choose which websites will auto-play and which websites will not. You can choose to also apply the blanket rule of no videos auto-playing if you would rather.

The new Safari will also stop websites from tracking you because there is machine learning going on inside of macOS High Sierra. The machine learning will basically begin keeping tabs on and learning which advertisers are trying to watch you and track you, such as the Amazon tracking. Amazon has a creepy ability of tracking you through Safari and other apps and websites.

With the new update, you will no longer have these creepy advertisement trackers, which is great because it is way too invasive. Of course, many advertisement companies will try to work around the machine learning in macOS High Sierra, but for now, it will be much easier to get rid of these creepy annoying advertisements.

Mail– While there is so much to talk about with, one of the last things we wanted to mention was the update in mail. With macOS High Sierra, you will notice that Mail automatically will compress your messages so that you can save space. In fact, Mail will take up 35 percent less space with the macOS High Sierra update. A new feature is also being added called Top Hits.

Top Hits is a new Mail feature that will allow you to search more accurately, and it will factor in various things in order to give you the accuracy. If you set someone as VIP or the sender is someone you have favorited, Mail will now recognize this and it will allow you to search better. If someone emails you and you reply often, these types of things are also being taken into account with Top Hits.