A new startup, known as Meep, launched yesterday. They have released a new mobile application, which can be used to read out news articles aloud. This means that users are able to listen to the headlines, whilst they are occupied in other ways – perhaps they are driving or doing some maintenance work.

The application, Meep, is now live in the App Store. As of now, it is only available for devices running iOS – this is with a promise that it will appear in the Google Play Store, within just a few weeks.

Selecting What You Want to Hear

Meep allows its users to select exactly what they want to hear. There are a number of different categories, which means users will not be bored by topics they are not interested by.

The Meep founder and chief executive, Mark DiPaola, formerly chief executive of beacon company inMarket, explained it in simple terms. He says that it is similar to Pandora, but for news.

There are other applications, which are similar to Meep. Swell, an application designed for discovering 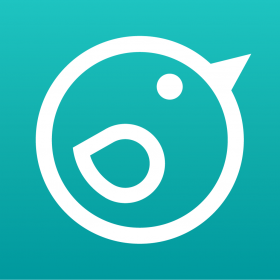 podcasts based on interests, was acquired by Apple last year. Umano, which used voice artists to read specific news stories for organisations to present to their audience, got acquired by Dropbox and was then shut down.

Flipboard, an application used to flip through many news articles and blog posts, based on subjects that the users like, recently received $50 million in funding. This was following reports that the application has possibly been acquired by Twitter. Meanwhile, another news application, Circa, was recently shut down.

However, Meep intends to provide users with the information which they actually want to know – in an interesting way, instead of a boring and draining daily routine. It is surely one of their biggest hopes, that Meep does not follow along with the likes of Umano and Circa.

Each story, which will be read to the user, will last between three to five minute. If the user is listening for a long period of time, then they will be able to experience many

articles. The articles will either be read by some select voice artists, or an automated text-to-speech 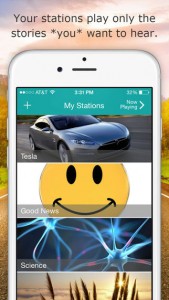 “If there’s one you’d don’t like, swipe down,” DiPaola said. “If something’s wrong with the voice artist or the story, we’ll play less of those in future.” It is evident that DiPaola will be making sure every story is fit for their users. From his quote, it seems promising, that there will be very little errors within stories that people come across.

Users of Meep are able to subscribe to specific news outlets, if they would like to. Otherwise, they are able to listen to the popular stations. However, the story selection can become extremely customised when a subject is typed in.

In an attempt to stop users becoming bored, Meep will also play music for the user. In between stories, Meep will throw in a 30-second clip of music – this music will be chosen by the genre which the user has selected. As well as this, Meep can throw in local weather forecasts, some stock price updates, and, if the user wants, horoscopes!

There is also a sharing mechanism, which is interpreted within the Meep application. If the user wants, they can record a “meep” of themselves – a voice recording, which talks about a story they like. From there, it can be sent to a friend of family member. A great way of getting people to start using Meep to listen to the news.

The founder, DiPaola, loves the idea of Meep very much – so much, in fact, that he has invested $1 million of his own money into the Venice, California-based startup. The startup has now got four employees, as well as a growing number of voice artists. These voice artists have the ability to record as many stories as they want.