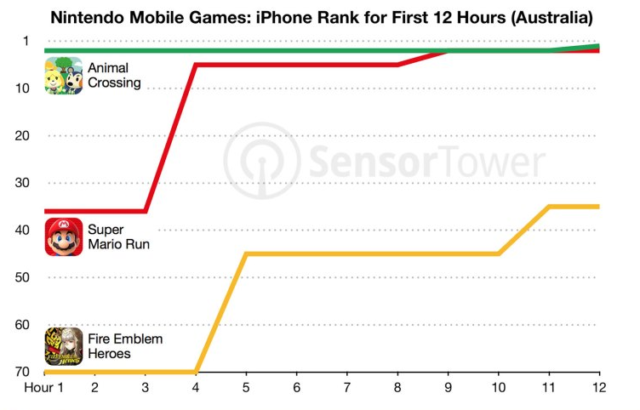 While Microsoft Launcher 4.3 is in beta, it is a sign that it is indeed coming with new features. The Android app has a ton of new options, including improvements and customization options. There will be more features and new changes to the overall layout of the app. One change you will notice in Microsoft Launcher 4.3 is that there are new grid layouts for apps. The launcher has added much bigger configurations, which allows for 12×12 grids on the homepage. There is also fine-tuning for the fonts, which will decrease the odds of text wrapping. 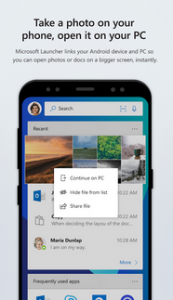 If you drag apps around on the screen, you will find that it will not automatically go into the edit mode anymore. Beyond these changes, the Microsoft Launcher 4.3 update brings more space to the launcher dock. This means you can get more than five apps on the launcher dock, which is definitely good news if you use Microsoft Launcher on Android. There was new software entered into the Settings page, which allows more themes to be used in the app. The new software built into the Settings also will allow you to navigate the Settings and Themes better.

If you have checked out Microsoft Launcher 4.3, you also will notice that the Search bar has been enabled through the default option for those new users. This will help facilitate the navigation even better. Granular grid control is also better with this update, which allows you to move your widgets by about half of a space. You also can move the apps by about half of a space now too with the granular grid control. 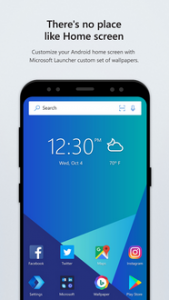 Even better, is that you will be able to move from one launcher to another much easier now with this update. The ability to transition between launchers is going to be a lot smoother. You will notice that migration features are all going to be available the second you install Microsoft Launcher 4.3. This means you will see a widget called “Welcome” right on your home page. You can long-press any app icon to see more customization options. This includes the ability to change the folder icon shape.

You might not have realized this but the Microsoft Launcher was actually called Arrow Launcher. The name changed and the launcher still is one of the most popular Android apps that Microsoft has ever created. Instead of changing the name and totally redesigning the app, Microsoft has been focused on more customization options and features. With Microsoft Launcher 4.3, we are getting even more customization options and features to make it the best choice for an Android launcher. If you would like to check out the new Microsoft Launcher 4.3, you can download the beta update right now. You can choose to wait for the stable build, although we are not sure how long of a wait that will be.

Location Data from Android Devices Being Sent to Google Covertly