The popular Minecraft: Pocket Edition will receive an important update in the near future. The update will allow you to buy and sell in-game content on the so-called marketplace. Content includes, but is not limited to, different kinds of maps, texture packs, mini-games etc.

If you are lucky, and get chosen by Microsoft as a trusted seller, you will be able to sell your content on the Minecraft Marketplace. Since Minecraft is such a popular game, it’s very likely that trusted sellers will make a lot of money. Parents need to be careful, however. Children will be able to spend money on the marketplace if a credit card is linked to device owner’s account. 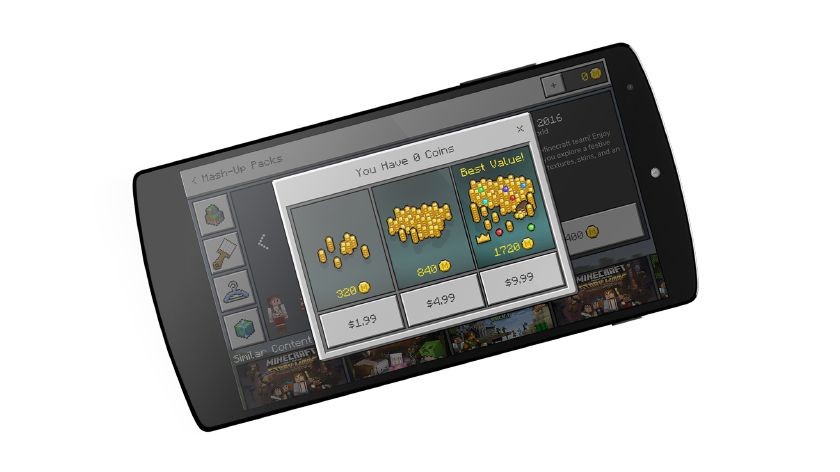 In order to be able to pay for in-game content on the marketplace, you will need to buy in-game coins first. The coins are being sold in different quantities, starting at a dollar. From those in-game coin sales, Microsoft will receive a cut, and the rest will go to the content creators.According to Microsoft, the majority part of the revenue will go to the content creators. The items that you have purchases through your Xbox Live account will also sync with your Minecraft: Pocket Edition. In theory, this should also allow you to use the content that you have purchased on Minecraft: Pocket Edition, on your Xbox, or even on your PC.