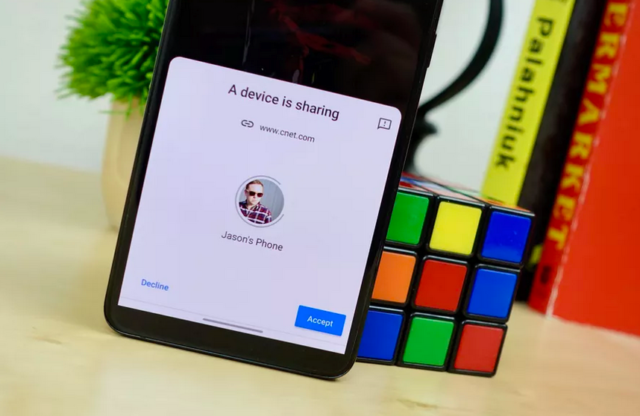 If you’ve been waiting for Google to finally figure out a way to share content quickly with other people, then you may be happy to know about Nearby Share. This feature was just released and it’s essentially the Google version of Apple AirDrop, which allows you to easily share content with other people in your proximity. We’ve got all of the newest details about this new ability so keep reading to learn more about it.

We’ve been waiting for a long time for Google to come up with a way to share content between two different Android devices. Apple came up with a way to do this years ago called AirDrop, which allows someone to share files and other content with people in their proximity. It’s taken a while, but Google has finally figured it out and we couldn’t be happier about this news. When we say it’s taken a while, it’s been more like nine-years since Apple developed AirDrop. 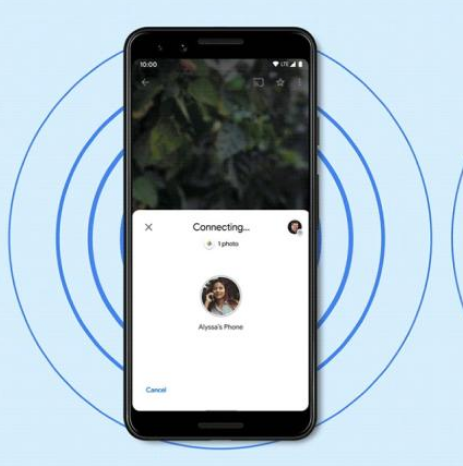 Nearby Share allows you to share content quickly and easily with other people who own Android devices. It can work for multiple different Android devices and this will allow millions of people to share content with one another with ease. Nearby Share is meant to be reliable and quick, as opposed to the old method of trying to share content with other people. Previously, you had to find a person you wanted to send something to in your Contacts, and then attach that file and send that file. With this new feature, you’ll be able to send files instantly to people near your location.

The Nearby Share feature is very easy to use since it will show you all of the devices that are in a certain proximity to you. You will be able to click on someone from that list and that person will get a notification that you want to share content with them. The person is allowed to accept the request or deny it, and if it’s accepted, you’ll quickly be able to share files and other content with them wirelessly. 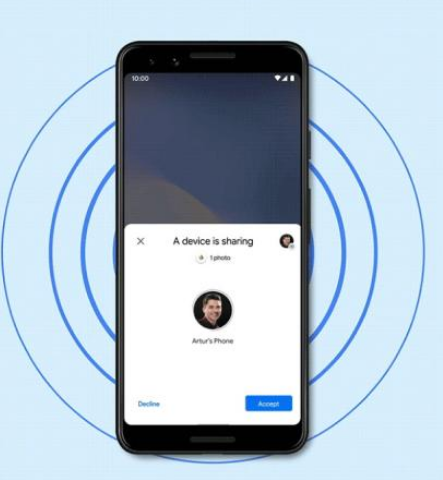 You can use Nearby Share either through peer-to-peer Wi-Fi, Bluetooth, WebRTC, and even the Bluetooth Low Energy option. Google will send the file with the best option available at that time so you don’t even have to do anything. You will only need to be running Android 6.0 and above to begin using Nearby Share, so it’s supported on multiple Android operating systems that are currently in use today. If someone has Android 6 and you have Android 9, then you’ll be able to instantly and painlessly share files and other content. Since most people have at least upgraded to Android 6, there shouldn’t be many Android devices not supported for this new feature.

The good thing is that Nearby Share is already rolling out to a lot of Android devices, with even more devices gaining support as the week goes on. Samsung devices and Pixel devices are the first ones to get the feature, with more smartphones gaining the ability in the coming weeks. You also will be able to turn off Nearby Share in the “Settings” menu so you don’t have to worry if it’s a feature you’re not going to be using. You can turn it on or off as needed and that’s a really cool option. 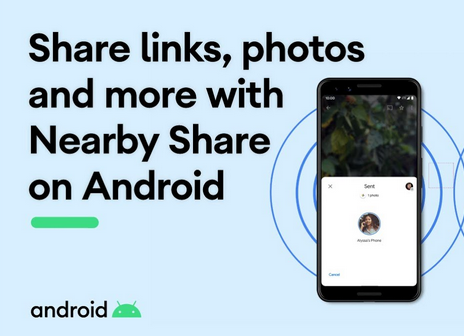 In the comment section found below, we want to know if you’ve seen Nearby Share yet on your Android device. Are you running one of the select Samsung or Pixel devices that were first to see the feature? Are you on a different Android device and seeing the feature available already? Within the next few weeks, we would expect that most Android devices running Android 6.0 and above will have the feature. In what instances do you see this feature coming in handy? Are you glad Google finally developed the ability considering AirDrop has been around for so long? If you will be using the feature tell us what situations you will use this feature. If you aren’t going to use this feature, tell us why you’ve decided to not use it and will any situation change your mind about that?