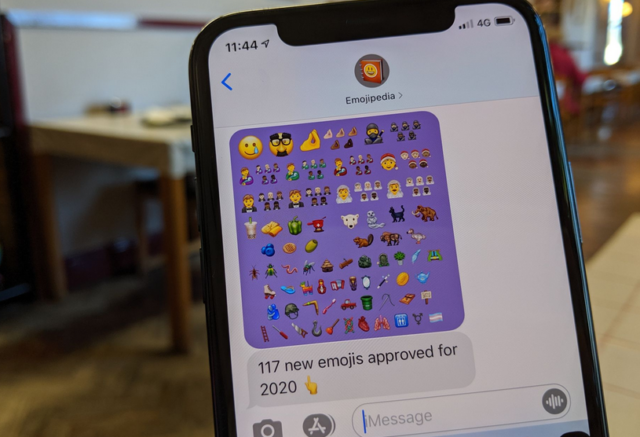 Have you been wondering about the new emoji that are going to be coming out for iOS and Android later this year? Well, we’ve just got our hands on some of the new ones that we will see as part of the upcoming emoji release later in the year. Last week, people celebrated World Emoji Day, and that’s when we first saw some of the designs that will appear on both iOS and Android. Keep reading to see some of the cool emoji that are coming.

While we first saw some of these emoji coming to iOS and Android last week. A few more of the collection has just been released that we wanted to talk about. We wanted to give you the first look at some of these. If you weren’t aware, they are all slated to be released later in 2020. There are some that will be coming to both iOS and Android. Some are going to be exclusive to just Android. We will look at the Apple ones first, which brings some new designs and also changes to the previous ones. 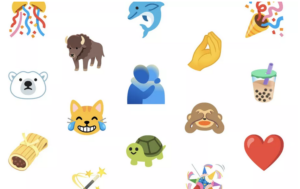 With the new Apple emoji coming in later 2020, we first see that there’s a gender sign that is for all-genders. A coin is also coming to Apple, and you’ll notice it has “The Crazy Ones” on the top of it. This “The Crazy Ones” line is a reference that some people might recognize as part of the advertisements named “Think Different.”

Other cool items that we are able to see coming to Apple later this year include a pinata, a dodo, and even bubble tea. Did you also see the anatomical heart, which is a different emoji than the traditional version of the heart? Another part of human anatomy that will be coming as an emoji is a pair of lungs.

We aren’t sure if the lungs are a reference to the coronavirus or not, but it’s definitely interesting timing given the health situation we’re all in these days. A pinched finger will also be coming to Apple, and some people have referenced this as the “Italian Hand” but it has multiple meanings all over the world.

We just gave you an impression of some of the Apple emoji that are coming later this year, but now we want to switch gears and talk a little bit about the Android offerings coming. One thing you’ll notice with the Android ones is that Google is making them more cartoon-like. The cartoon-like appearance is definitely noticed with the animal emoji. It’s also important to note that Google has been spending the most time making the animals.

Google wanted the animals to have a more authentic appearance and in order to do this, Google worked alongside the Victoria Bug Zoo and the Monterey Bay Aquarium. Since Google worked with these two companies, it was able to bring the animals to life in the new animal emoji lineup.

The whole selection of animals is going back to its roots, which means the classic turtle design is returning! You’ll also see the pig face, hatching chick, and the frog also is now reverting back to the classic design of 2013. Another cool thing is that a lot of the emoji will be revamped and redesigned so that it will look much better if you’re using dark mode.

Overall, there will be 117 new emoji coming to both iOS and Android later this year, which is pretty impressive! We know that 62 will be new additions to the emoji catalog, and 55 are going to be new variants. Unicode announced this information and included new genders and skin tones as part of the new variants.

If you have Android 11 beta, then you can go ahead and see a sneak preview of some of the new emoji. We won’t actually see the release of the new emoji until later in 2020, which means everyone on iOS and Android will have to wait for the official release.

In the comments below, we want to know whether or not you’ll be checking out Android 11 beta to get a sneak peek at some of the new offerings? Are you going to be using the new ones when they are released later in 2020? Do you think having all of these skin variants and genders is a good thing or do you feel that it’s just going too far? What other animations would you like to see in future updates to the catalog? Is there a certain one that you use more than all others?