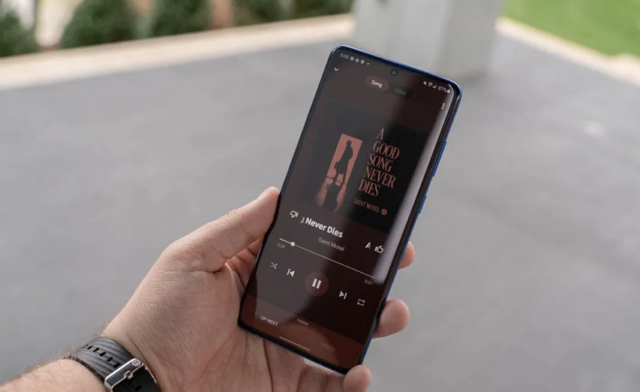 If you have YouTube Music on your Android device, you may be interested in knowing about the new player UI that is rolling out right now. You might have heard about the newest player user interface for YouTube Music on Android already. It had been in testing a couple of months ago with both an alpha and beta test. It appears the testing has been completed since people are reporting seeing the new player UI over the past few days.

In February, a lot of people noticed that the alpha and beta testing was happening for the YouTube Music player user interface. At that point in time, we didn’t know when the testing would end or when the new UI for the player would go live for everyone. It seems that now is the time since people are reporting seeing the new user interface hitting their devices. We’ve seen a lot of reports within the past couple of days so it seems the official rollout is happening as we speak.

You will notice that with the new player UI the “Now Playing” screen has been revamped. All of the key controls are now available on the same page. The queue is where repeat and shuffle used to be hidden. Now, it’s right by the forward and rewind button on the bottom of the player. Right next to where the track title is you will see the thumbs up and thumbs down option. Instead of having the cover art take up the entire screen, it’s been changed to a smaller version. This allows you to better see the video and song switcher option.

If you click on the artwork in this new UI, you will have various options to choose from when it comes to the music itself. You can share the music, download the music, and even add the music to your playlist just by clicking on the artwork. Clicking the artwork also allows you to go into the full-screen mode. The ability to click on the artwork even gives you an option to Cast to your television. If you head to the bottom panel and pull up, you will be able to see your entire music queue and also have quick access to lyrics.

There’s also a mini-player that you can use if you are browsing within the app and that has been changed a little too. If you want to clear out your queue, you can do that by just swiping downward. You won’t see the close button anymore as that has been replaced with a forward button, which is right by the pause and play option. This allows you to move onto another track without having to go into the full music player. You’ll really enjoy these changes since it helps you get to the buttons you need quickly. You don’t have to worry about fiddling with the buttons or anything now with these changes.

Have You Tried the New YouTube Player UI for Android?

These changes have really modernized the YouTube Music Player on Android and it also cleans up the user interface quite nicely. What we’ve noticed with the changes is that it makes it much more functional while at the same time, less clunky and awkward to use. As of now, this change is only available for those on Android. We have not heard a timeline for the changes to hit iOS, although we do know from Google that it will be coming in the future.

In the comment section below, we want to know whether or not you’ve seen the change yet with the YouTube Music UI. Were you one of the people who were able to test the change in either an alpha or beta test a couple of months ago? Do you think the changes make the player easier to use with more functionality overall?

Are you happy that continuous changes come to YouTube to make the client better for users? What other changes are you hoping that Google releases for the player in the future? If you use another music app besides YouTube, let us know about that in the comments below. What makes the player you use better than the YouTube Music Player?