This week we’ve learned that Microsoft released a new update to the Microsoft Outlook iOS app. In this new update, the biggest change you’ll notice is that more text formatting options have been added. We’ve told you quite a few times that Microsoft has been very focused on updating the Microsoft apps available for both iOS and Android.

The iOS versions of Microsoft apps seem to get more frequent updates and additional features first. This is likely due to the fact that iOS is primarily used by those in the business world, and Microsoft has been trying to focus on Enterprise users. If you have Outlook on your iOS device, continue reading to learn more about this new iOS update.

There are a lot of new features that will be hitting the Microsoft Outlook iOS app in the near future, but we wanted to tell you about the newest update. In the new Outlook update, you’ll have a ton of new text formatting options available to you. This is going to happen due to Microsoft adding more tools to the Outlook iOS app. What’s even better about this news is that the update is available for everyone on iOS. 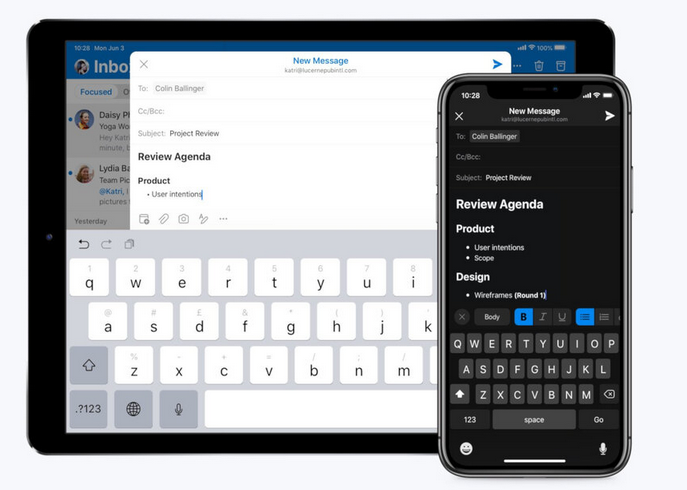 Sometimes Microsoft will release an update but it’s only available to those in the beta program. The new Outlook iOS update is actually being released for everyone and not just those in the beta. We’re happy to hear this because it’s going to make life easier for everyone using Outlook on their iOS device. The ability to customize your emails, even more, is going to be useful in both personal email communications and business email communications.

One of the best additions to the Outlook iOS app in this update is the ability to format both the style of text and the size of the text. You would think that the ability to customize and format style and text size would have been available from the very beginning. This is an integral part of writing so we’re shocked that these options weren’t available years ago. We believe that this addition alone is definitely worth downloading the newest Outlook update for iOS. 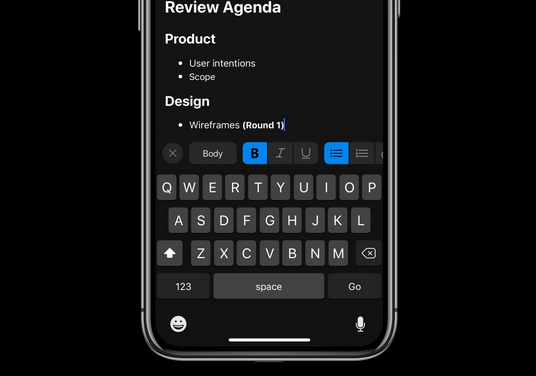 Beyond that, you will also now have the ability to underline, italicize and bold all of your text using Outlook for iOS. Just click on a button within the app to use this tool and it’s going to allow you to really emphasize certain words or phrases in your email. This is going to be very useful in a business email since you can bold dates or other important details that your co-workers or boss should know. It’s also going to make the email look better and likely easier to read.

There are even more formatting options available in this Outlook iOS update, including the ability to add lists to your email. You can either choose the numbered lists or the bulleted lists, just like you have on the Outlook PC program. It’s going to be great now that you can make a bullet point when you are talking to someone in email form. We know that it’s going to make email easier to read and it’s often times a better way to convey requirements of an assignment. Lastly, you’ll also be able to use the app to add an inline link, which is really nice. 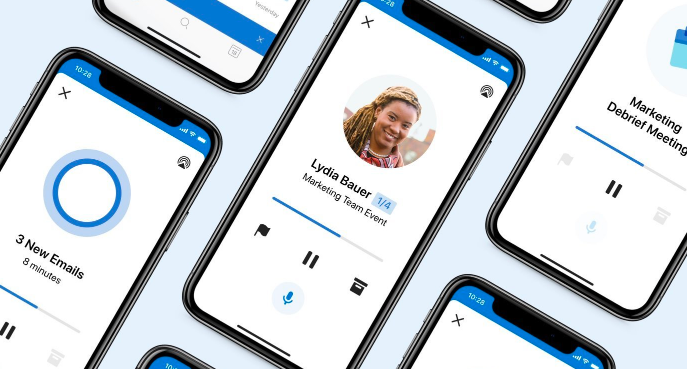 You can find this new Outlook update right now on Apple’s App Store. It’s better to head there if you would rather manually download the latest version. If the app is already on your iOS device and you have automatic updates enabled, then you’ll likely see the update by the end of this week.

Once you’ve had a chance to try out the new formatting options, we want you to come back and let us know what you think about them. Do you like the ability to change the size and font of the text now? Are you just as surprised as us that this wasn’t something added a long time ago to the Outlook app? What other changes or features are you hoping Microsoft adds to the Outlook app in the future? If you use another program besides Outlook, tell us what you use and why you like that app better overall.