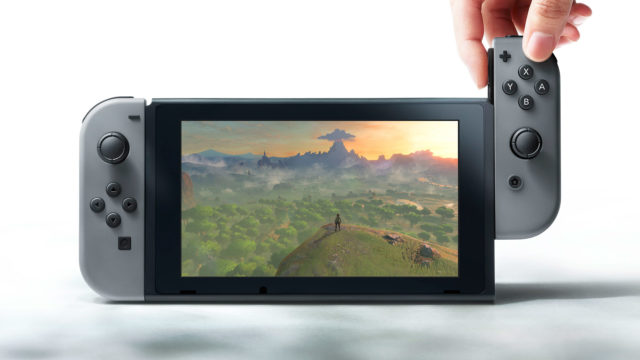 In case you aren’t aware, Nintendo just launched its newest console called the Nintendo Switch. The Switch features a 6.2 inch touch screen surface with a resolution of 1280 by 720p. It features two controllers called “Joy Cons” that are attachable to the screen itself. The Switch is the epitome of mobile gaming as it is very compact and easy to play on the go. Alternatively, you can choose to send the signal to your television and play it on a much larger screen. The Switch has an expected battery life of about 6 hours, which is amazing considering it plays games in a beautiful 720p. When docked and hooked up to a television, this console has the ability to play games at 1080p 60 FPS. This is due to its amazing hardware.

The Switch launched at a low price of $300 and did not come with any games. But for that $300, you received 2 Joy Cons, the console, and all of the necessary cables needed to play the game. The console has a 32 GB storage which is capable of storing games. The console does sell regular cartridges, but there is a virtual store that you may get games from as well. The Switch has sold out everywhere on its launch day, making it very hard to find one. There have been reports that people have been selling them for double the retail price, due to the high demand and very short supply of the consoles. 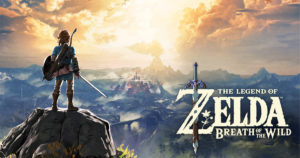 Perhaps the biggest thing about the Switch, is the launch titles. Without a doubt, the most popular launch title is the new Zelda game. The game is entitled: The Legend of Zelda: Breath of the Wild. So what are all of the launch titles?

1-2 Switch – 1-2 Switch is the gimmicky game of the launch. 1-2 Switch is a unique game that you can play with your friends. The game is essentially a ton of mini games thrown together that use the cool features of the console. You can even bring together someone else that has the Switch and play together in a four way competition. The mini games range from having to milk a cow, to having a shootout in the Wild West. Although this isn’t the game that received the most hype, it is certainly a fun idea and a game that everyone should have.

Fast RMX – Fast RMX is a racing game that features hover cars and intense tracks. Players get to customize and choose which ship they wish to fly. The game has amazing graphics and an incredible soundtrack. You can play through either a campaign, or online against up to 7 other players. You can also play locally against other players. There are currently 30 unique tracks and 15 different ships that you can choose from. If you want that adrenaline junkie feeling while racing at intense speeds in 60 FPS and 1080p, than Fast RMX is definitely the game for you.

Just Dance 2017 – Another addition to the ever popular Just Dance series, Just Dance 2017 is the Switch’s take on the series. Just like all of the other games, you can play the game while holding a Joy Con and follow the movements that are shown on the screen. The game has an amazing collection of songs that fans will recognize and love. You can play this game either by yourself or with a friend. You can also compete both locally and online against others to see who can get the highest scores on some of your favorite songs.

I am Setsuna – I am Setsuna is a role playing game that was inspired by Chrono Trigger. You control Setsuna as she prepares to make the biggest sacrifice as she tries to save the people of her land. This amazing game features beautiful artwork and an amazing soundtrack that fans will love. If you want an amazing JRPG to play through, than this is your go to game for the Switch. You can also get this on other consoles and the PC if you wish to play it on another console. 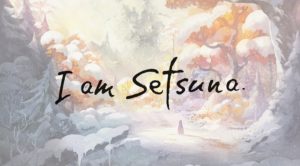 Little Inferno – Little Inferno is a puzzle game that takes place by a fireplace. The player must use whatever objects they can to keep the fire going. The game is unique because depending upon which items you throw into the fire, a different reaction will occur. You cannot fail in this game and you can play through it however you please. If you wanted something relaxing and fun to pass the time with, Little Inferno is definitely the go to game.

Shovel Knight – Another classic game, Shovel Knight is a 2D side scrolling platform game. It was originally released back in 2014 with the release of the Wii U, and was shown to be a huge hit. It features amazing graphics and unique stages for the player to go through. The idea of the game is relatively simple. You must get through the different stages by jumping and fighting off enemies with your mighty shovel. If you wanted to get that original Mario platforming feel with a unique modern twist, than this is one of the games I recommend checking out.

Skylanders: Imaginators – Skylands brings some of your favorite cartoons to life in this action platforming game. In Skylanders, you can bring characters like Spongebob and others to life and send them through the magical world of Skylanders to do all kinds of puzzles for you. You can purchase figurines in stores and scan them into the game and play with them. Each character has a unique ability and you can use these abilities to defeat the bad guys and save the realm!

Snipperclips – A Switch original, Snipperclips is a physics based puzzle game that you can play with up to four different players. You control Snip and Clip and must manipulate the shapes of the characters to fit the molds onto the screen. Snipperclips gets very intense and players must use strategy to solve the puzzles. There are a ton of unique puzzles that players can solve, and there are even competitive modes in which you can compete against other pairs of people. If you wanted something to play with a friend and have a ton of whacky fun, than Snipperclips is your go to game!

Super Bomberman R – Another Switch original, Super Bomberman R is the Switch’s take on an old time classic. This game is an action maze game in which players must use bombs to defeat their opponents. You can play through a campaign mode with a friend, or solo to defeat the enemies. This is a unique game that a lot of fans will recognize as being just like the originals. If you wanted something for nostalgic purposes, than this is your game!

World of Goo – World of goo is an award winning physics based puzzle game. Players must use and manipulate goo to solve many different puzzles. Such puzzles include building a bridge or climbing a tower. This game also has multiplayer elements to it, so you can enjoy it along with your friends. If you wanted something a bit on the silly side to enjoy with a pal, than this is the game!

The Legend of Zelda: Breath of the Wild – The most anticipated Switch original, Breath of the Wild, is the latest addition to the Zelda family. It is the 19th game in the Zelda series and is set in Hyrule, where you play as Link who has just awoken from a slumber. The gameplay is very modern, but definitely resembles the older games. Fans of the series will no doubt love this game as the plot, artwork, music, and gameplay are all something that is very memorable. This game has arguably the best graphics from any Zelda to have come out, and for good reason. If there was one game I would recommend to get with the Switch, it would be this one simply because of how amazing the game is. It features a vast open world for players to explore and enjoy. There is also an amazing quest line that will have fans at the edge of their seats.

Those are all of the launch titles for the Switch! There are many more anticipated games to come out in the rest of the Spring and Summer. Be sure to stay tuned for the latest update on the Switch! 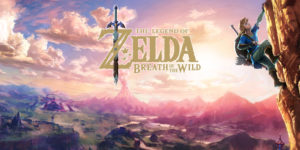