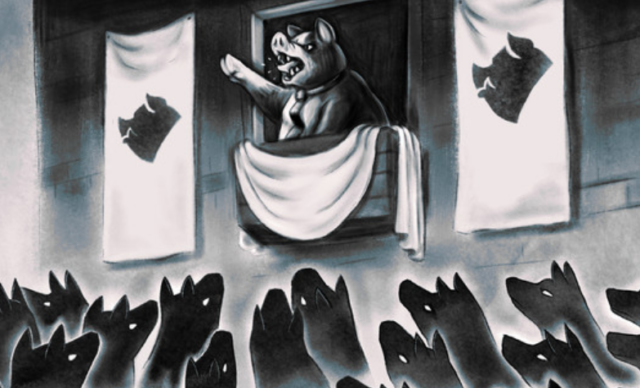 Orwell’s Animal Farm is going to be coming to Steam and mobile platforms in December. This is great news if you’ve been wondering when this new game was finally going to be released. You might have heard about Orwell’s Animal Farm already this year. It was announced in August that it would be coming out and it’s based on the novel from 1945. If you’re looking for a new adventure game to get into this winter, then maybe it’s a great way to end 2020.

You probably have had to read Animal Farm sometime in your life, usually, it’s a book that is required for school reading projects. Animal Farm is a classic novel that has only gained traction over the years. We think it’s great that it’s becoming an adventure game you can play. Orwell’s Animal Farm will hit both Steam and mobile platforms on December 10. We think it’s a fitting release for the end of 2020. In a year full of crazy, might as well go back to the iconic Animal Farm to really hammer it all home.

The developer of this game is Nerial and the publisher for the game is Dairymen. It’s essentially a game version of the popular book, but some of the things in this game are different than the novel itself. There are management parts of the game although a lot of the game itself is narrative-driven.

The art in this game is really spectacular since it’s all hand-drawn and incredibly detailed. There is also some writing in the game that comes from Emily Short, so if you like her then you’ll love those additions to the game. We wanted to go into more detail about Orwell’s Animal Farm below to give you a better idea of how the game is setup.

There are quite a few similarities between the iconic novel and this upcoming adventure video game, such as a lot of the same situations and characters. While a lot of it might seem familiar to you if you read the book, it offers a bit of variety as well to keep you entertained. In the game, there are situations you’ll face that Orwell didn’t live to see, so it expands upon the novel a bit more to fit current times. 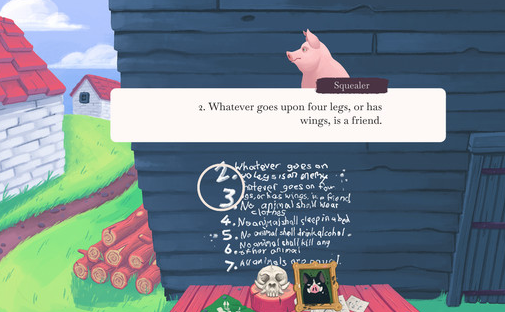 If you remenber reading the book, there is one ending to the revolution. You’ll find that the game itself offers more than one ending. In fact, there are eight different endings in Orwell’s Animal Farm. One of the endings matches the ending of the book, but the other seven are entirely new endings that you will get to choose.

In this narrative-driven adventure, you will be able to make decisions that alter which ending you’ll get. It’s possible a dictator we’ve never thought of before rises up. You also might end up choosing the ending where it’s an awesome place for all animals. The ending is really dependent upon which options you choose as you go through the game itself.

Will You Play Orwell’s Animal Farm When it’s Released Next Month?

If you watch the trailer featured above, you can get some insight into what the game is all about. You can see how the game allows you to choose your own ending to Animal Farm. If you’ve played other video games from the developer Nerial, you will recognize some of the game mechanics right off the bat. 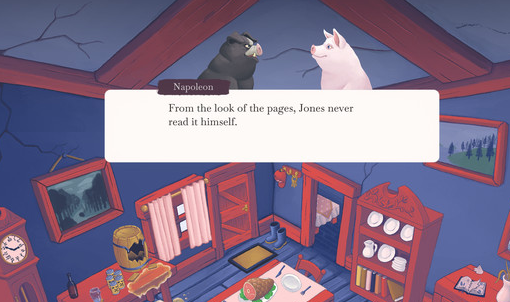 One of the games Nerial is famous for is Reign. That is a great game to check out if you haven’t already. We enjoy games where you have scenarios presented to you in this manner. It’s fun when you have to make the choice since it’s a more player-driven narrative. In the comments below, we want to know if you’ll be checking out Orwell’s Animal Farm when it’s released on December 10?

Do you love games where you have to choose between options and those choices impact the end of the game? Are you someone that loves Animal Farm as a novel? Do you believe Orwell was correct in some of his writings? While we don’t know a price for the game yet, we want to know if you’d pay for this game? Would you only play it if it was free-to-play on Steam or mobile? Do you think that you’ll make better choices in the game that will result in a happier ending for the farm? What other novels do you hope become video games in the future?