We’ve been telling you over the past couple weeks that a lot of iOS apps are updating to support the system-wide dark mode option available in iOS 13. It appears that Overcast has decided to join in on this new feature with the latest update. You’ll find that the new Overcast iOS app update brings support for the system-wide dark mode feature. We have all of the latest information about the Overcast iOS app update so keep reading to learn more.

We’re happy to report that even more apps are now adding the support for system-wide dark mode, which is a feature found in the new iOS 13. The latest app to add support is Overcast, which is one of the most popular podcast apps on iOS. Overcast is a third-party app and it has finally released an update that allows you to get the system-wide dark mode feature that a lot of people are using with iOS 13. 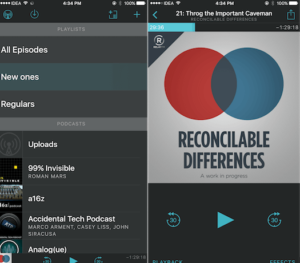 The good news with the Overcast iOS app update is that you’ll have more than just a dark mode available to you. There are two different choices with the dark mode option that you can choose from instead of being limited to just one theme. With dark mode, a lot of apps either choose the gray theme or the actual black theme. Once you’ve chosen which one you want to use, a lot of the time you are then locked to using just that theme. With Overcast though, you are able to pick which mode depending on the system settings you are using.

What’s cool about the Overcast iOS app is that you have more than just one dark mode option. You can choose either the gray theme or the black theme. Which option you get in the app will depend on the system settings you have decided to use for your iOS 13 device. 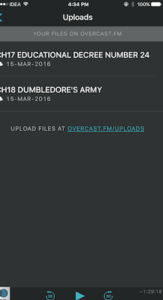 So if you’ve chosen dark mode on iOS 13, then the app will load up in the theme you’ve chosen in Overcast, whether it’s gray or black. A lot of other apps that are supporting dark mode in iOS 13 don’t give you this option. Usually it’s either gray or black and that’s the setting you have to go with.

There are also some other changes you’ll find in the new iOS app update. Mostly these changes are subtle and include things such as bug fixes and general improvements. You will notice that the CarPlay bugs have been fixed as well as the corruption bug that impacted the navigation bar. A new login screen is also present in this update, and it’s something you should notice right away when you start up the Overcast iOS app.

How to Get the new iOS Overcast App Update

You can get the new Overcast iOS app update by downloading it right now through Apple’s App Store. The over-the-air update is also rolling out right now and should hit your device within the next few days. There is a requirement that you have iOS 13 installed on your device if you want to use the latest version of the Overcast app. If you don’t have the latest iOS version installed then you will not be able to download and use the newest version of Overcast. 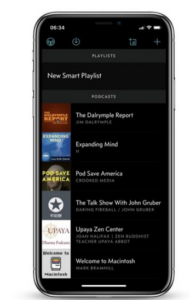 The good news is that the developer has come out to say that the podcast player itself will continue to run on iOS 12 for a very long time. You cannot update to the newest version, but you’ll be able to run the previous version of the app on your iOS device with iOS 12. There are no plans in the near future to discontinue support for iOS 12 on the previous version of the app. If you haven’t checked out this popular podcast app, you can do so by heading to Apple’s App Store right now. There are in-app purchases you can make but the app itself is free to download.