If you’ve been hanging out on Steam trying to find some new and interesting games to play while stuck inside due to the coronavirus, we have great news to share with you. We’ve just learned that Pandemia: Virus Outbreak is about to hit Steam. It will be hitting Steam this week actually, which means it’s finally hitting the PC after being banned on mobile. Read on to learn more about Pandemia: Virus Outbreak and why this game was banned on the Google Play Store a month ago.

You may have heard about Pandemia: Virus Outbreak before since this game originally was made available for Android through the Google Play Store. It was only out one month before it ended up being banned from the Google Play Store. The issue with Pandemia: Virus Outbreak was that it referenced COVID-19, which apparently was not something that Google wanted in the Play Store. It appears that the game is now going to be released on the PC through Steam. The release date for the game is May 14, which means it’s coming out this Thursday. 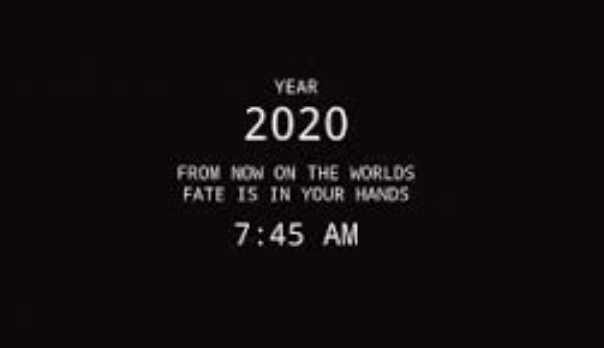 You can head to Steam right now and wishlist the game if you want. It’s not going to be censored or banned due to the alleged reference to COVID-19. The even better news is that the game is also going to be available at a steep discount. You will be able to get 40 percent off the retail price of the game. This promotion is only for a limited time though. The game was created and published by an indie game developer named PocketsofEnergy. You may not have heard of this game developer before since it’s an indie developer. We wanted to tell you more about the details of the game below.

Pandemia: Virus Outbreak is a strategy simulation card game that’s all in 2D. In this game, you will have to make decisions that are difficult and hard to do. Do you know how world leaders have to make difficult decisions every day that impacts their people? That is what Pandemia: Virus Outbreak is all about. You have to try to save the world from this horrible virus threat that could endanger everyone. In these times where we are dealing with the coronavirus, this game might actually seem a little more than just a simulation game. 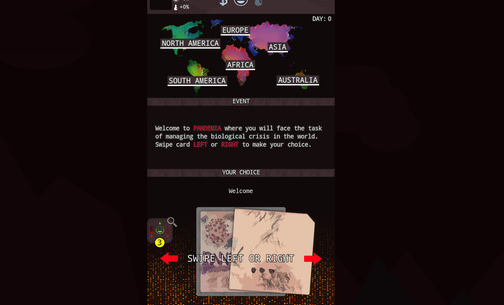 Just like in real life when dealing with a virus, each and every decision that you make has instant consequences as well as long-term consequences. The decisions you make will impact a lot of people. This includes people both inside your own country and outside. You will get to choose how you can save everyone from the virus, but each decision will impact some other area of life that you might not be aware of.

Pandemia: Virus Outbreak is a story-driven game that involves a lot of strategies. You might not realize that though since you are just swiping cards right or left. You will be swiping these cards either left or right. Swiping the cards is how you decide on the best way to stop the virus from killing off everyone.

You will need to determine the best way to stop the virus from spreading throughout the entire world. There is also a strategic map in the game. This map will help you when it comes to making decisions on how to best manage this virus. Your main objective is to stop the virus from infecting the entire world. Stopping a virus can sometimes be easier said than done. The good thing is that you maybe have seen how difficult it can be with COVID-19 in real life.

This game really is a simulation of real-life and it involves many aspects of life that are truly affected by a virus or pandemic. You will need to look into virus research in order to figure out the best way to stop the spread of the virus and also have to manage your finances along the way. 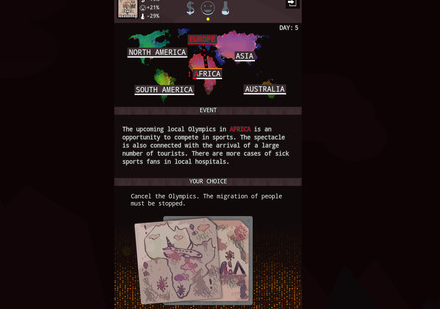 Pandemia: Virus Outbreak is a single-player game that you play offline. It also doesn’t include any in-app purchases, which is really cool. This is a premium game which means it’s a game you will have to pay for. The good news is that there’s a 40 percent discount on the game during the initial stage of release on Steam. If you want to try out your own skills at stopping a virus from infecting the entire world this is a good game to try. You can wishlist the game on Steam right now. The game will officially be released on Steam May 14. When you think about it, it’s only a couple of days from now.

Once you’ve had some time to play this game, we want you to come back here and tell us what you think of this game in the comments below. Do you think this game is too much like real life right now to be considered a simulation game? Are you aware of the controversy surrounding this game?

Do you think Google was right to remove and ban this game from Google Play Store? Are you happy that Pandemia: Virus Outbreak will not be censored or banned on Steam due to the COVID-19 reference? What about this game did you like or dislike as you played the game? Are you someone that enjoys story-driven games filled with strategy and consequences for each decision?