It was a dilemma faced by thousands of merrymakers all around the globe.

You may have experienced getting separated from your group during music festivals or other jam-packed events, and the task of finding your way back to your friends feels like something that’s next to impossible to do. Or you may have experienced arriving late at the venue, only to find it swarming with people and your buddies are nowhere to be found in the vast sea of faces.

In trying to locate your friends, you may have resorted to traditional methods like memorizing their outfits, erecting totems or signs, or even utilizing a walkie-talkie. Even with today’s technological marvels at your disposal, it isn’t that easy to find your way around the mass of partygoers. Sure you can phone your friends but the call quality is as audible as a whisper in the midst of a killer guitar solo, and that is if you do manage to get even a single bar of signal (a rarity in these kinds of events). And there’s also the possibility of losing your phone while making your way through the horde of your fellow music lovers.

Fortunately, today’s technological marvels have also provided creative ideas to help you find your mates as it isn’t really that fun to party all night long without your best friends rocking on your side. Imagine, with a few taps on your smartphone, a bright orb hovering above the heads of revelers will point the specific spot where your posse is partying. Sounds like something straight out of science fiction or a video game, right? 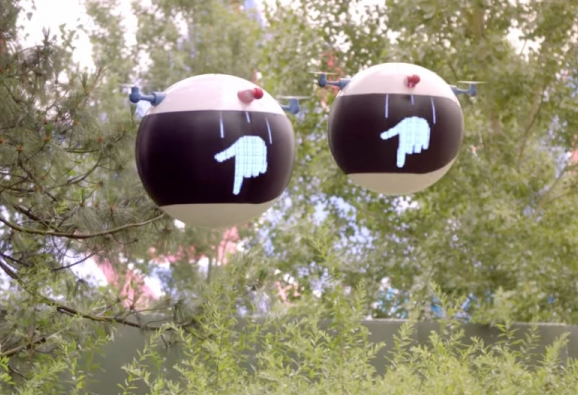 Well, welcome to the future.

Pepsi Max unveiled its “Genius” global campaign this year with a focus on making the most exciting experiences even more exciting when something unexpected is added to the mix. Videos have appeared online that showcased some of their content in this platform, namely “drone football” where a drone delivers a football in a virtual arena composed of colorful lights, and the “time tunnel” where a realistic tyrannosaur is spawned in front of unsuspecting people.

To quote PepsiCo’s senior vice president and chief marketing officer, Kristin Patrick, “We believe that the most exciting experiences don’t just happen – they’re created. The ‘Genius’ campaign will show experiences that are elevated and made more exciting when something unexpected happens.”

As part of the campaign, the soda titan’s sugar-free variant collaborated with advertising agency Abbott Mead Vickers BBDO to create a blimp that helps people find each other with the help of GPS and a free smartphone app. 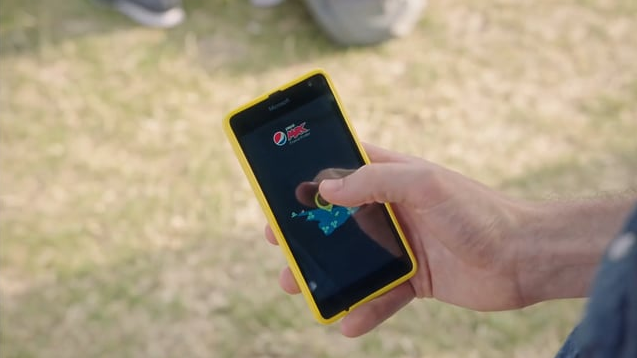 Named as “Friend Finder”, users must first download the app which they will use to communicate with the blimps. Once it establishes contact between you and your friend, it will zip to where the latter is standing and point the exact location with pixelated arrows and fingers that appear on the blimp’s body.

The Friend Finder was given a test run in this year’s New Look Wireless Festival held in London, England  and was recorded on video. Starting with a claim that 1/3 of all people lose their friends at festivals, the promotional video then showed the blimps being controlled by people as it helped friends find each other in the midst of a 45,000 strong crowd.

Despite the seemingly flawless execution during the Wireless Festival, the blimp is still in the blueprint stages. It won’t be released to the public sometime soon, so don’t get your hopes up and don’t ditch your walkie-talkie just yet for the next concert.

Given the innovation’s amazing person-finding capabilities, it may eventually be used for other purposes other than finding friends in a concert. The blimp may help shoppers around a mall instead of struggling with a map, parents watch over their kids or locate them if they go astray, or rescuers find people in times of emergencies. The possibilities are virtually endless.