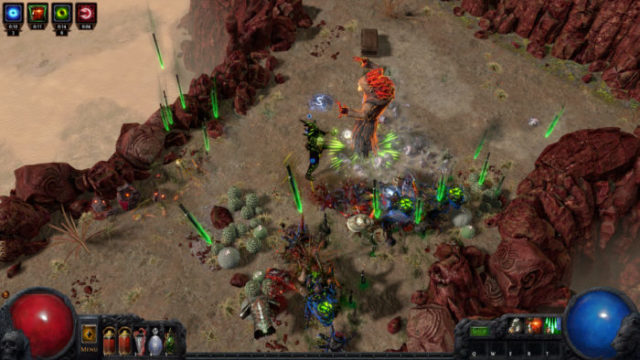 I spent countless hours playing Diablo when I was a kid. The simple gameplay, deep progress tree and replayability, due to its use of randomly generated dungeons, made it a joy to play, even if it was a bit of a pain in the wrist at the same time. I am always on the look out for games that can recreate that old feeling of joy, and all the better if they are Co-Op. Path of Exile met that for me. Taking the core design of Diablo 2 and expanding on it to the nth degree, the fine folks over at Grinding Gear Games made one of the best games of 2013. They have kept it fresh with a stream of DLC packs, new maps, new characters, new abilities, with the most recent one release only last year. It is surprising the game has the legs it has, no doubt buoyed by the 2017 release of the Xbox One version. The issue for me is the sheer amount of abilities and skill combinations, which is where POEMate comes in. 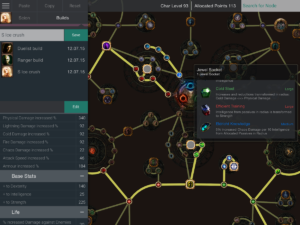 You begin the game washed upon the shore of the vast and unforgiving continent of Wraeclast. A dark fantasy world, bridging the low and high fantasy genres. The place was once home to a civilization of great power but is now merely an endless series of dilapidated shells and horrifying monsters. You play as an Exile, as do all the other players, but that is only passingly important. If you want to run through the main quest line then by all means, but don’t expect Mask of the Betrayer levels of writing. What is there is serviceable.

At its core, it is an Action RPG, and the gameplay is easy to understand. But peer beneath the surface and there is a quagmire of options available to every player. Endless combinations of gems in your gear, skills for your character, and synergies to discover. You aren’t limited by your character’s class either, Witches can decide they want some strength based skills, throw on a few health passives to survive a little better, there is no wrong answer. Personally, I love that kinda of maximalist game design in my RPGs, but even I was a little perturbed by the sheer volume of options available. It’s why I went looking for something to streamline the experience.

It’s free too, Grinding Gear Games are dedicated to what they call “Ethical” microtransactions, and to their credit, they have stuck to that. There is no pay to win here. The hub levels are online as well, with all kinds of other players roaming around looking for group. One of the unique features that I love is the lack of currency in the game. I have played my fair share of MMOs, and not one of them wasn’t afflicted by massive inflation. The barter system, where POE items all have a valuable use, creates its own sink, which reduces the barrier to entry for new players.

So you have played the game, sunk in your hours, and are now considering optimization builds. It’s hard going, and with well over 1000 base passives, gods know how many gems and a handful of character classes to base the build off you are going to need help. This is where the POEMate comes in.

First I checked the wiki, and I advise you do too, to get your head around some of the more esoteric possibilities in this game, but when you start putting together your character I recommend an app. I am a big proponent of companion apps, be they for Fallout 4 or Pathfinder. They streamline your thought processes. For Path of Exile, there are a number of options available to you, and the one I latched onto was POEMate.

You can find POEMate on the Play Store, and it is free. There are some in app purchases, but I honestly didn’t look at them. I’m more than willing to look at an ad in exchange for service thank you very much. First, you’ll want to check out the tips section, it clues you in on how to use the app. Then you can start inputting your character details. Only takes a few minutes. Behind that is the full skill web. Using the app is easy, zoom with a pinch, select a passive with a touch, and the full explanation pops up, along with the path of least resistance to it. It’s streamlined and easy to read, but then I have a phablet. I took a look at the app on my partner’s phone and I did have to zoom in a little more than I would have liked there. Best for larger phones and tablets.

The POEMate sets out to do one thing, streamline your passive progression while you play, and it does so very well. It is simply laid out and provides you with all of the options you could want from the get go. There is a paid version of POEMate, but I don’t think it will be required. If you are new to the game, or even an old hand, then check it out. You’ll be surpriused how helpful it is. 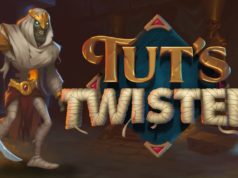 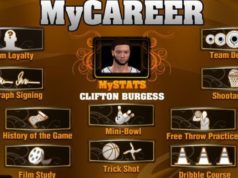 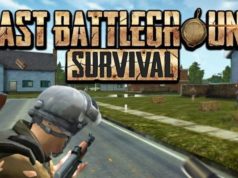