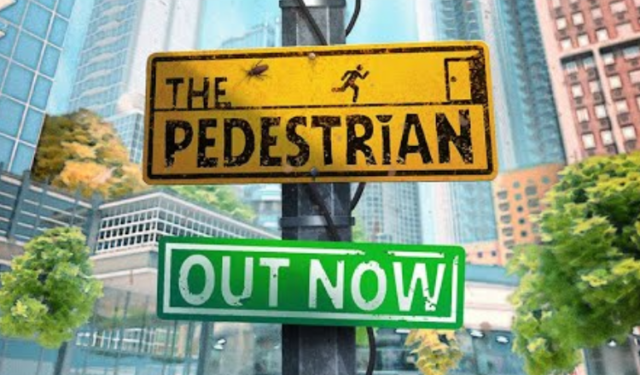 If you like puzzle games, then you should head to Steam for a new release called The Pedestrian. This is a puzzle game that has to deal with public signs and it’s definitely interesting and unique. There might be a lot of other puzzle games on Steam, but we don’t think any of them are anywhere close to the premise of this game.

Even if you’re not that familiar with public signs, this game can be a lot of fun. If this is your first time hearing about this game, you should know that it was developed and published by Skookum Arts. Read on to learn more about The Pedestrian below as we have all of the pertinent details about the game.

You can find The Pedestrian on Steam available for purchase today for $19.99, which is a great deal. There was a sale where you could get 10 percent off the game, although it appears that sale is over at this time, it might come back at some point soon. 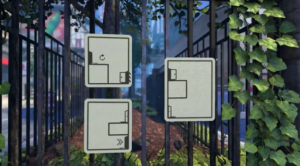 You may have heard about this game before since it’s actually been in development for some time now, nearly five years to be exact. A Kickstarter campaign for the game was very successful and the game has undergone many changes since the first build several years ago.

Even though the game has been changed and improved in those five years, the actual premise of the game has stayed the same. The environments within the game have been changed significantly, and they are much busier now than in the beginning stages of development. Another change that was made was the puzzle design and it’s a lot more complex now than it was during early development.

What The Pedestrian Public Sign Puzzle Game is All About

As far as the game itself it’s a 2D world where there are many different public signs. You are trying to help someone navigate through these public signs. The signs are each done as a micro-platformer and you will need to try to navigate through each one. There are keys and connecting wires you need to collect as well as crates that you’ll have to push. In the game, you’ll find either a ladder or door that you will need to select and then you will move to the next sign. 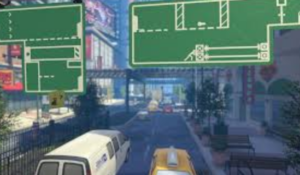 You will find that this game is really entertaining and it’s definitely a unique type of puzzle game that we’ve found to be fun and strategic. The camera itself will pan across the roads or the sewer maintenance sections when the game is transitioning from the sign you just solved to the next sign. The transition for the signs is really neat, but this game isn’t as easy as you might be thinking.

The Pedestrian is actually pretty difficult since you need to oftentimes rearrange the signs to make them connect in a certain way or certain pattern. The 2D environments will also interact with the 3D environments outside of them. In one part of the game, there is a circuit board that contains a lot of electric plugs.

You have to then try to power up the sign which will get you to the next section of the game. There are also levels that contain gaming console screens and television screens too, and it’s all part of this puzzle game that you have to figure out how to use to your advantage.

Are You Into Puzzle Games & Will You Purchase The Pedestrian?

A lot of people enjoy puzzle games and find them to be quite entertaining and love the fact you need a lot of brainpower to complete the puzzles. There are many different puzzle games found on Steam, but this public sign puzzle game is much different and brings something new to the table. In the comments below, we want to know what you think of puzzle games overall. 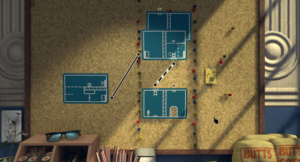 Are you someone that’s into puzzle games either on Steam or on mobile? Do you like to play puzzle games because they are more strategic and oftentimes involve using your brain and involve skill? What has been your favorite puzzle game to launch on Steam and what has been your favorite mobile puzzle game to play over the years? Are you going to purchase The Pedestrian on Steam or wait a while to see what other people think about it? We want to know what you think about the game once you’ve played it in the comments below.