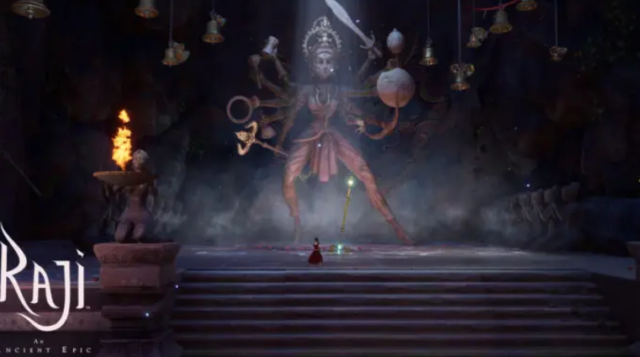 Steam regularly adds new games to the PC gaming platform and there’s an upcoming game set to be released in October we wanted to tell you about. The game is called Raji: An Ancient Epic and it’s a game that’s going to also be released to the Nintendo Switch as well as PlayStation 4, and Xbox One.

There’s been a lot of hype about this game and it’s one that people across all platforms can get excited about. We wanted to tell you a little bit about this game and what you can expect with the Steam version that’ll be coming out in less than one month.

Raji: An Ancient Epic- A New Steam Hack-and-Slash Game To Get Into This Fall

We’re getting closer to Halloween, which means it’s a great time to release a new hack-and-slash game since that’s what Halloween is all about. We wanted to tell you about Raji: An Ancient Epic which is a new game that’ll be released to Steam on October 15.

Just a couple of weeks out from Halloween is a perfect time to release a brawler game that’s all about hack-and-slash. You can view the trailer for the game below, and you’ll see just what this game is all about. The trailer definitely makes the game look entertaining, especially since Hindu mythology isn’t something we come across every day on Steam.

What’s cool about this game is that you’ll be playing in a world where Hindu mythology is all the rage. It makes sense when you consider that Nodding Head Games developed Raji: An Ancient Epic and this company is based in India. You might remember back in 2017, there was a Kickstarter campaign for this game. We know that’s a long time ago to remember, but it was a pretty big deal at the time.

The Kickstarter campaign from back then ended up not working out as expected. Fear not, the game was still being developed even though that Kickstarter didn’t go over so well, and now we have a release date. If you haven’t heard about this game before, then keep reading because we have some important details about the game below.

So this game is in the Hindu mythology world and it’s a hack-and-slash that’s all about trying to prevent an invasion of demons. You’ll hear the story about a certain young girl that was chosen by the various Hindu gods to defend against the demonic invasion. She has a ton of special abilities and powers, which were given to her by these gods. This young girl also will have a ton of weapons at her disposal to help her in her quest, including a Sharanga bow and a Trishul trident.

The biggest goal of the young girl is to try to rescue her younger brother. The younger brother was kidnapped by some demonic people and she has to try to get him back safely. There is a big battle in the game which is the ultimate boss, and that demon is lord Mahabalasura. Some people were able to play a demo version of the game back in the early spring, so you might remember reading about that. Back then, there were some issues with the game including crashing and performance issues.

Nodding Head Games released a new demo a short time ago, and in this new demo, it appears a lot of those previous issues have been fixed. Not only does the game sound great, but it runs pretty well and also seems to have smoother gameplay overall. Checking out the new demo and then comparing it to the old demo indicates that the game has been improved upon to make it ready for release.

Will You Check Out Raji: An Ancient Epic on Steam in October?

If you wanted to check out the new demo, we’ve got some bad news about that. The new demo was only available until September 20. The time might have passed to play the new demo, but don’t fret because the game itself is going to come out within a few weeks. A lot of demos have time limitations to them, which is something that makes it difficult to keep track of. 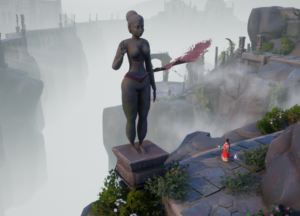 If you missed the new demo, you’ll be happy to know that we checked it out ourselves and it’s definitely a huge improvement from the previous demo. That makes us more excited for the upcoming release of the game and the trailer we provided also shows just how smooth the game now plays.

In the comment section below, we want to know if you’ll be checking out Raji: An Ancient Epic when it hits Steam. Is this a game that you’ve heard about before or is this your first time hearing about it? Do you remember when the old Kickstarter campaign happened back in 2017?

Did you even know that the game was still being developed all of these years later? Will you check out the game on Steam or on another platform, such as PlayStation 4? If you tried the demo, tell us whether or not you liked the game and what you liked and disliked about the game so far.