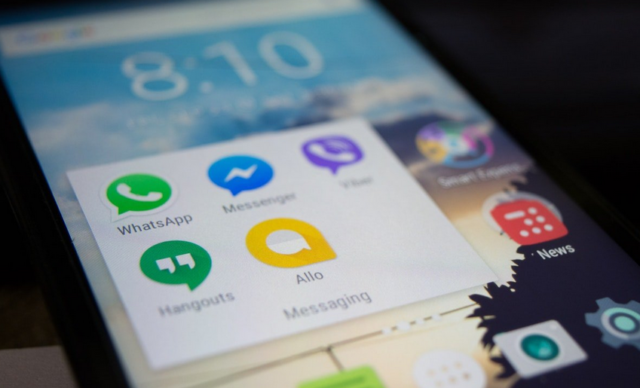 We’ve learned some important news about WhatsApp this week as it was announced that the share sheet contact suggestions have been removed from the iOS version of the app. This is only a temporary move and it’s likely that this feature will be back within a few weeks. If you weren’t aware, the content sharing feature known as share sheet was released just a month ago. With this new feature, you would see contact suggestions found in WhatsApp so that you could easily share content with your friends and family through the iOS share sheet menu. Read on to learn about this feature and why it might be missing in iOS.

If you use WhatsApp on your iOS device, then you likely know that last month, an update was released that allowed you to quickly share content with your friends and family. This ability was made possible thanks to the iOS share sheet menu. You may have noticed that this share sheet menu included WhatsApp after that update, which meant you could just click a contact name and then send that contact anything you wanted them to see. 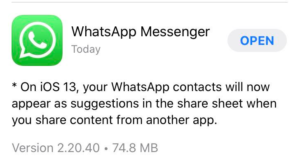 It was definitely a convenient way to share files, photos, documents, and many other types of content with your contacts on WhatsApp. For those on iOS, this new feature became a huge hit and it was extremely popular. Well, it appears that something happened since WhatsApp has decided to remove the feature from iOS, which is leaving a lot of people upset at the messaging company for taking it away. You will find that in the newest version of WhatsApp, which is version 2.20.42, the share sheet feature and contact suggestions are now removed.

It appears that WhatsApp has decided to remove the share sheet contact suggestions due to it crashing in certain situations. It’s not that people didn’t like or didn’t use the new feature, but it’s more that it was too glitchy to keep around long term for WhatsApp. If you download the newest update, you will see the icon for WhatsApp and if you want to share content with your contacts, you will need to now click on this icon. 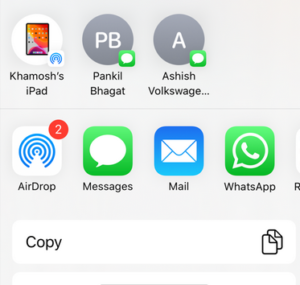 The automatic contact suggestions were a nice feature and it helped people quickly share content with others, but now the process is going to be a little longer to complete. We do think that the contact suggestions is going to be back at some point in the near future. It seems that this feature was just temporarily disabled while WhatsApp figures out the problems and fixes them. Some people are under the belief that it’s been removed permanently but there’s nothing to suggest that that’s true. We do think that the contact suggestions are likely to come back within the next couple of months.

One issue that we know of that was happening was that groups and contacts weren’t showing up in the suggestions. This could be one of the issues that WhatsApp is trying to fix right now since not all of the contacts and suggestions were loading properly. We will just have to wait and see if a patch is released soon that fixes this issue. 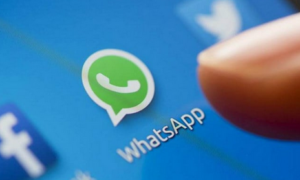 There have been quite a few issues with WhatsApp lately, especially for those on iOS. You might remember back in December 2019, there was an issue that caused the app to continuously crash for those on iOS. That was fixed but it seems once one issue is fixed another issue pops up.

Below in the comment section, we want to hear from you on whether or not you’ve experienced some of these issues with WhatsApp on iOS. Were you one of the people that didn’t see all of their contact suggestions in the share sheet menu? Did the glitch from December affect you where the app was crashing constantly for no reason? What do you think Facebook could do to ensure that WhatsApp runs properly for those on iOS? Do you blame Apple more for these issues or Facebook? What messaging app do you use the most and what do you like about it?