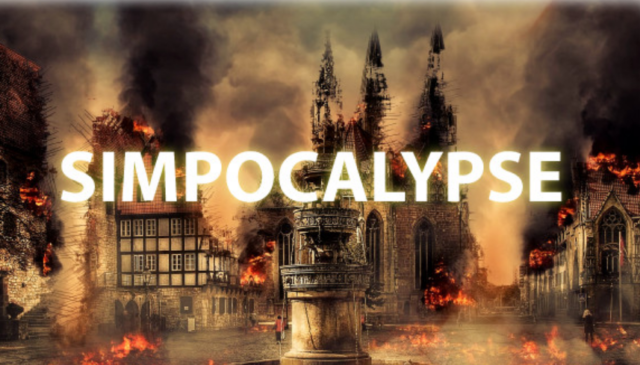 We have really good news this week coming from Gamex Games, as it was just announced that Simpocalypse is soon to hit Steam. This is a civilization simulation game that focuses on the post-apocalyptic world. We have all of the latest news about this cool game coming to Steam so keep reading to learn all about this simulation game.

You might have heard a little bit about Simpocalypse before, it’s a game that is actually the debut title video game from Gamex Games. We’ve learned this week that the game is set to hit Steam in Fall 2020. While a lot of civilization simulation games exist, this game does have a little bit different of a set up than what you might be used to. 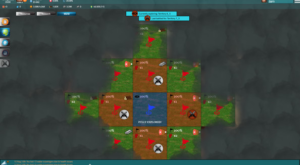 What sets Simpocalypse apart from other similar games is that Simpocalypse mostly uses text in order to tell the story. The beginning parts of the game are like other civilization simulation games. This means that the civilization has just been destroyed and you’re one of the few survivors remaining.

You will initially have difficulties finding all of the supplies that you need. It’s also going to be difficult in the beginning to build your shelter. This is due to the lack of basic supplies you need to build that shelter. What’s cool about this game is that as you progress in the game, you become the main character to rebuild the civilization.

Simpocalypse Game Details We Know About

As far as the game itself, there are some details we know about the game that we wanted to share with you. There are many different events in the game that are all random. These events are going to either help or hurt you in terms of surviving. You will notice that weather conditions change quickly too. This could make the settlement you’re trying to create get a little better or a little worse. Not only do you have to worry about surviving, but you also have to try to help the few other remaining people survive as well. 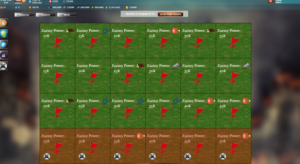 In the game, you will have to basically band together with those remaining survivors. As a team, you will need to prevent unexpected life events, such as floods and fires. If you manage your settlement correctly, you will be able to grow the settlement into a city over time. You will have to be pretty skilled and use a lot of strategies in this game. You’re going to have to become a boss to the other people around you. The other people need to be productive just like you in order for the settlement to thrive. Scavenging for resources is part of the game and you need to create an army to protect the settlement too.

The people need to stay healthy and happy for the settlement to thrive. If the people are unhappy, your settlement will lose some of the population it has built up. Some of the players might attempt to overthrow you if they are unhappy as well. In this game, it’s all about keeping your group happy and involved in the growth.

Will You Check Out Simpocalypse on Steam?

This game definitely seems pretty fun and there’s even a time-lapse feature that gives you the ability to control time. You can slow down or speed up various parts of the game, and you can store time for later on. We should see the game release to Steam within the next few months, although no specific date has been given yet beyond just in the Fall. 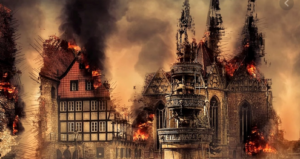 We want to know in the comment section below whether or not you’ll be checking out Simpocalypse. It’s going to be entertaining when it hits Steam this fall. As of now, there is no price given for the game. We know that you can add it to your wishlist on Steam right now. The game will also be available on iOS and Android so there will be many different ways you can play the game.

We want to know whether you like the civilization simulation types of games and if you enjoy playing games set in a post-apocalyptic world? Do you think this is played out already since so many other games have that as the basic premise? What types of features do you hope are available in Simpocalypse?