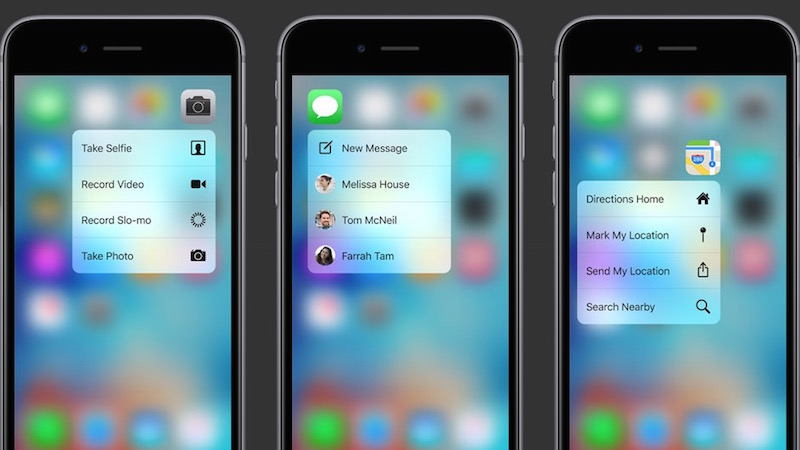 Skype and Snapchat, two of the most popular communication apps, have both received some fairly major updates. With the updates, they now both support 3D Touch functionality, which is offered on the iPhone 6S and iPhone 6S Plus – there are also small minor updates.

When inside the application, there’s also some more 3D Touch enabled features. For example, long pressing on a recent conversation enables users to quickly view the content. Pressing even harder on a conversation will bring it up in full-screen mode. If someone shares some content within a conversation, such as a photo, URL, location, or contact, users can also peek and pop into that.

A blog post from Skype shares some further details:

• Share a Skype contact by tapping the contact card icon in a conversation to open your contact list. Then simply select the contact you want to share, tap the tick icon and you’re done.
Both of the separate Skype apps for the iPhone/iPod touch and iPad/iPad mini received the update. They can be downloaded now on the App Store for free.

The new update for Skype for iOS also brings many other new features. With this, Microsoft has added some new and exciting filters for those who use the video messaging feature. These can be accessed by touching a dedicated on-screen button. 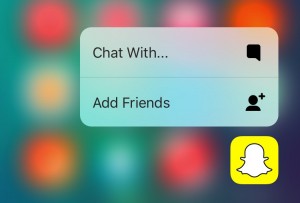 The latest version of Snapchat also supports 3D Touch. Pressing down with some force on the Snapchat icon, whilst on the iPhone home screen, will quickly provide users with a few options – sending a quick chat message and adding a new friend is some of the possibilities.

On top of that, the update the Snapchat introduces three brand-new filters – these include: fast forward, slow motion, as well as rewind. Of course, Snapchat still works on other iPhones – it is simply optimised from versions.