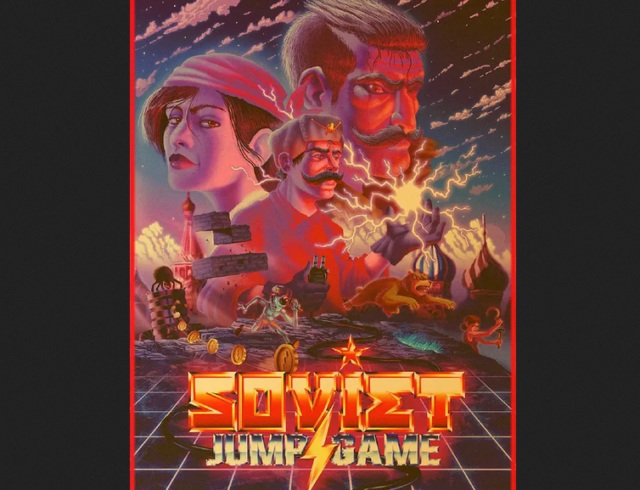 Have you been waiting for a new game to try on Steam this week? Well, a new game was just released from Game Grumps and it looks to be a lot of fun. This new game is called Soviet Jump Game and it’s now available for you to play on Steam.

You may remember Game Grumps since this company is slowly building up a library on Steam. One game you may recognize from Game Grumps is Dream Daddy. It’s our honor to tell you more about this game and what you can expect if you hop on Steam and download it.

If you’ve been waiting for a new game to come to Steam that you could try out, well you might want to check out Soviet Jump Game. We’ve included the trailer to this new game below and you can see just how fun it looks. This game takes the battle royale concept and it spins it with the old graphics you’d see on the Nintendo. The old school Nintendo graphics are definitely a throwback and it will bring back a lot of memories if you used to play Nintendo.

It’s a challenging game but there’s also a bit of comedy thrown into the game too. If you like the modernized tropes but also like gaming from the 80s, then you’ll love Soviet Jump Game. You can see in the trailer above to get more details on the gameplay.

In the trailer, you can see how the graphics look old school but at the same time, the game itself is more of a battle royale. We will give you more details about the game below. This is a game that we think many people will find interesting and entertaining.

We do know quite a few details about Soviet Jump Game and you can find even more details of the game by heading to the Steam Store page listing for the game. This is a 2D platform game that requires you to run around to various areas in the game. 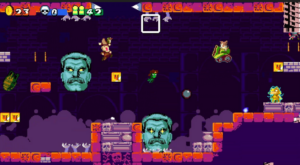 There are 50 players in each game, so it starts off with quite a few but only one will be successful at the end. You will need to collect various weapons and items and then kill the enemies before the bricks in the game fill up that specific level. This means you have to be pretty fast since the bricks fall quite quickly in the game.

What’s even cooler is that defeating enemies is how the game lowers the playing field so that the game only has one winner. If you end up tying with someone in the game, then there is a sudden-death mode that will happen to determine the winner.

For each game, you can expect to spend between 4 minutes to 7 minutes so it’s a fairly quick game overall to find the winner for each. One of the funny elements of the game is the references. Soviet Jump Game uses a ton of old Soviet references, which will have you laughing the whole way through. Between the old Nintendo graphics and the Soviet references, this game is likely going to appeal more to the older game, someone in the middle-age range.

Have You Had a Chance to Play the Free Soviet Jump Game on Steam Yet?

One thing we love about Soviet Jump Game is that it’s totally free to play and requires little in terms of thought. This is a game you can pick up and play with ease since each game itself lasts under 10 minutes. It can be played by young or old people, although older people will get the references a lot better. If you want to feel like you’re playing a battle royale game without the time involved, this is definitely a game to check out. 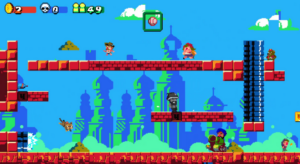 Once you’ve had a chance to try out Soviet Jump Game, we want you to come back here and tell us all about it. We want to know what you loved about this game and what you found to be not that great about the game. Do you like the Soviet references and are they something you understand?

Is this a cool way to play battle royale without having to spend a lot of time in the game? Does this game remind you of the old-school Nintendo games? Do you think that a game like this will thrive on a platform like Steam? What features would you like to see added in future updates to Soviet Jump Game?