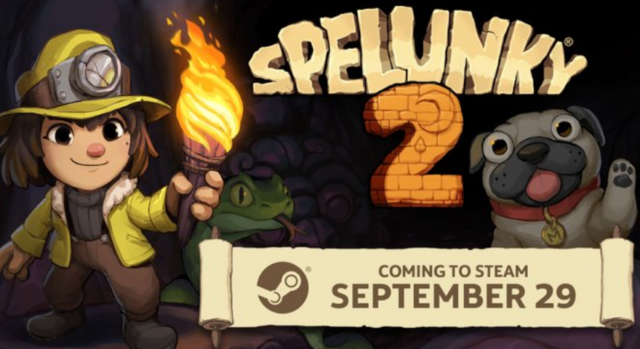 We’ve got great news for you if you’ve been looking for a new Steam game to get into this month. Derek Yu, the developer of Spelunky 2, has just confirmed the game will be coming to Steam in a few weeks. Yu announced that the rogue platform game is getting a sequel and it’s going to come out on Steam and PlayStation 4. The game will be released for PlayStation 4 on the original date which was September 15. Spelunky 2 was supposed to come out for PC on the same date although it was delayed, now it appears the delay is only a couple of weeks.

We’re very excited to hear that Spelunky 2 will be coming to Steam within a matter of a couple of weeks. The game was supposed to be out next week but it was delayed for the PC, although the PlayStation 4 version will still be released on September 15. We know that you can head to Steam right now and put the game in your Wishlist if it’s something you might be interested in although we don’t know the price just yet. 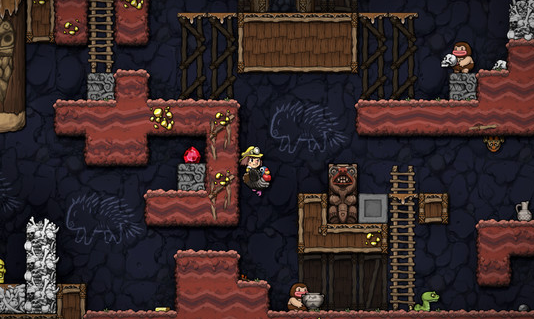 If you haven’t heard of this game before, Spelunky 2 is the sequel game that builds off of what happened in the first roguelike platform game. The first game was released back in 2012, and Yu said that this sequel is going to be more immersive and much bigger than the original game.

If you were a fan of the first game, then you should think about trying out the sequel. We know a lot of people enjoyed the first game so we’re excited to know just how the second game compares. There are a lot of adventures in Spelunky 2 that will satisfy you regardless of whether you played the original game or not.

As we just mentioned, the game will build upon all of the challenges and adventures that the first game was known for. These challenges are very unique and it’s not like any other platform game you’ve played before. There are new explorers in the second game and you will be helping them find their missing family. In Spelunky 2, the characters are on the Moon and you will also be searching around for various treasures on the Moon. 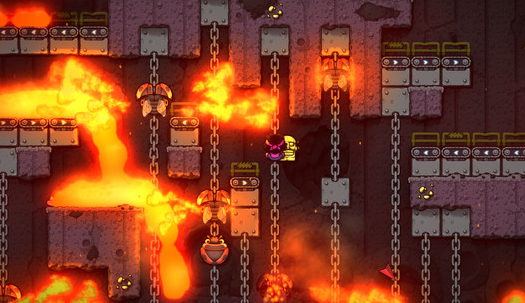 Explore the world in the game and you’ll notice a ton of treasures and secrets that allow you to continue on your journey. The world in this game is much bigger so you will have a lot more items at your disposal as well as more areas to explore. In Spelunky 2, you will also have new characters to play and new characters to interact with.

There’s even a 3D element to the game which is pretty cool and definitely improves the platforming experience. In the game, you also will be able to tame animals so that you can ride them and that’s pretty cool as well. In Spelunky 2, you will also have liquid physics which are dynamic and make the game world feel real.

Will You Be Checking Out Spelunky 2 on Steam?

There are a lot of cool features of Spelunky 2 that you might want to check out, especially if you enjoyed the first game many years ago. With new challenges, adventures, characters, poisons and potions, and a bigger world, this game will give you a lot to do and work with. We want to know in the comments below whether or not you’ll be checking out Spelunky 2 when it lands on Steam at the end of the month. 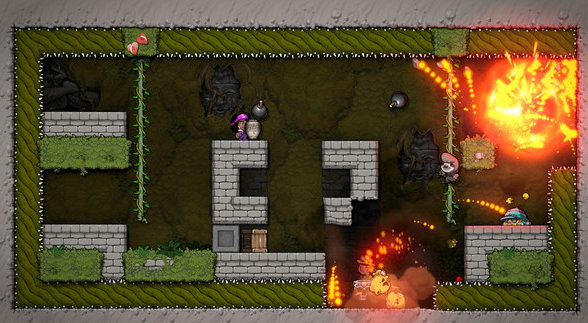 Have you played the original game before and did you enjoy it? What about the original game did you like and dislike? Are you going to wait for Spelunky 2 to come to the PC through Steam at the end of the month or will you get the PlayStation 4 version? Did you think this game was ever going to come out since it’s been delayed a few times already?

Are you going to put this game on your Steam Wishlist so that you’re one of the first people to play the game when it comes out? Tell us what you hope this game has that will make you keep playing it. Do you enjoy platform games and do you like 2D or 3D platform games better?