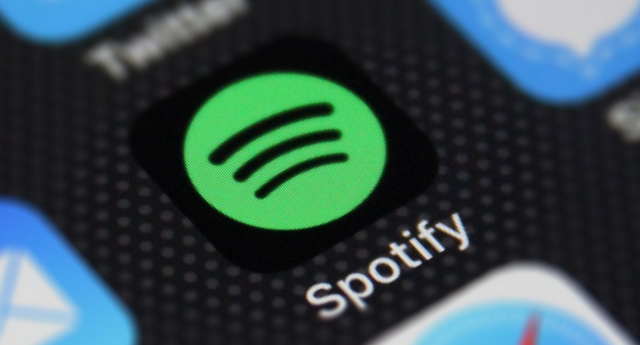 We’ve been waiting a very long time for Spotify to gain Siri support and it’s now available to everyone thanks to the latest Spotify iOS app update. This is a great move because it allows you to just use the Siri voice commands to bring up and listen to your favorite tunes on your iOS device. We have all of the latest details of the Spotify iOS app update, so keep reading to learn the details.

The biggest change you’ll notice in the latest Spotify iOS app update is that Siri support has been added. This move comes just a couple weeks after the iOS 13 release, which is the first time that third-party apps have been able to use the SiriKit framework. Previous to iOS 13, third-party apps were not given the framework for SiriKit. That means it wasn’t because Spotify just didn’t want to add the support for Siri, but that apps like Spotify couldn’t add Siri support. 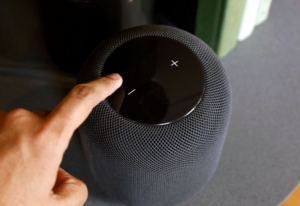 You can now use Siri to bring up Spotify by saying something as simple as “Hey Siri, can you play…..” and then ending the command with saying “on Spotify.” You might’ve heard that Siri support was coming to Spotify because it was in beta testing previously, but Spotify itself never confirmed that it was indeed coming to the app. You will be able to use the Siri commands using AirPlay, CarPlay, and through the Apple AirPods too.

There are other changes and additions in the new Spotify iOS app update too, including that Spotify is now available on the Apple TV. Spotify has been available on other TV platforms such as Android TV, Amazon Fire TV, Samsung Tizen, and Roku. We think it’s great news that Spotify finally has released an app for the Apple TV, and it will bring even more people into the world of streaming music via Spotify. 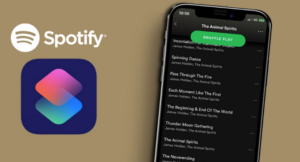 There is also another new addition in the Spotify iOS app that you’ll be sure to love and likely use. You will also be able to use the data-saver mode, which is new in iOS 13. The data-saver mode allows you to still listen to the music you want through Spotify, even when you have to watch your bandwidth. While these features are included in the iOS Spotify update, not everyone has seen the latest update as of yet.

The update itself is rolling out right now, so it might be a few more days until you see all of the new features added to Spotify. You can always go to Apple’s App Store and manually download the latest Spotify update. We suggest manually updating if you don’t want to wait to try out the new features, such as Siri support or the ability to play music through Apple TV.

As we mentioned a little bit ago, it wasn’t until iOS 13 that third-party apps were able to use the SiriKit framework. Apple had prevented this from happening in the past, so many apps were left in the dark in terms of being able to utilize Siri for their own apps and that only hurt the users. 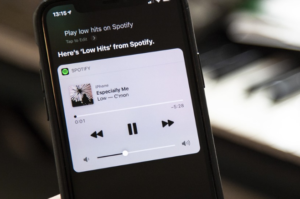 Now, more apps will have the option to use Siri as a way to utilize voice commands for easier use of the apps. With the addition in Spotify, you will be able to get information about the music tracks, skip ahead to another song, like tracks, and dislike tracks all with your voice command.

In the comments below, we want to know which apps you want to add Siri support in a future update. Do you think that it was wrong of Apple to prevent third-party apps from using the SiriKit framework until iOS 13? Are you going to be using the Siri voice commands in Spotify and in other apps such as Waze or Google Maps? Do you think that Siri support will make using certain apps easier, especially during times when you cannot use your hands to control the app?