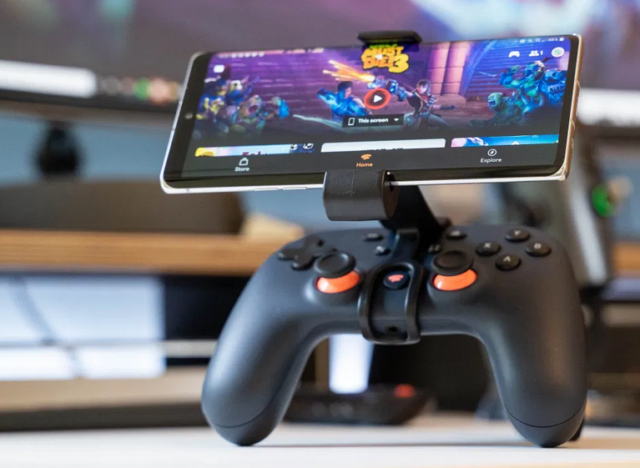 If you’ve been playing Stadia, you might be excited to learn that you can now view your Stadia Achievements right on the iOS and Android apps. You previously could see all of your achievements through Chromecast and online, but now it’s available on the app. It only took one month for Stadia to get the achievements online and through Chromecast, but it has taken a lot longer to get the ability within the app. Read on to learn all about the Stadia Achievements coming to the Stadia iOS and Android app.

You will no longer need to use Chromecast or view your game achievement statistics through the online method since it’s now part of the iOS and Android apps. We’ve been waiting a long time to get this option through the apps, and now it’s finally here! There is a new interface that allows you to view all of your game achievements from the app and it’s really cool to look at. We really like this option within the app since it eliminates the need for any extra steps, such as viewing online through the web portal.

Another cool feature of the achievement showing up on the mobile apps is that it will show you the entire progress bar. This is something that a lot of people use to gauge their progress. It’s always nice to see whether you’re almost there or you still got a long way to go to get all of them in the game. You will need to get to the full game section in order to see the progress bar though.

The progress bar shows you how many achievements you’ve earned out of the total available. You can sort this list too, including sorting by “Game” or by “Unlocked.” There are descriptions and a customized graphic on each card. You will also see the date that you hit a specific achievement. It’s all straightforward and it’s set up just like the web version.

While it’s very similar to the web version of Stadia Achievements, there are a couple of changes that you’ll notice on the iOS and Android versions. For one, you will notice that there are no “Recent Achievements” in the People menu. This is something that the web version has but the mobile versions do not have. You also won’t see game-specific statistics or total playing time. We are hopeful that the mobile versions will get these features and options, but for now, you’ll have to look on the web to see this information.

Even though some people have already noticed Stadia Achievements appearing on the iOS and Android apps, not everyone is seeing the feature yet. It’s slowly rolling out to those on iOS and Android which means you might not see the options quite yet.

Within the week, we should see everyone getting the ability, so keep your eyes open on your device for this update. Since you’re getting almost all of the information within the app now, you’ll no longer need to visit the website to view the information, which is really nice.

In the comment section found below, we want to hear from you on whether or not you’re able to see Stadia Achievements on your iOS or Android device yet. Have you been waiting for this option to come to the mobile app? Do you find yourself visiting the website often to look at these statistics or are you not really concerned about them? Will you be using the web version to check the Stadia Achievements now or will you just use the app? What other features are you wishing would come to the mobile apps?