We’ve got great news for those of you who are playing PC games on Steam. It was just announced that State of Decay 2 is coming to Steam in early 2020. This game has been out for a while already on other platforms, but it’s finally coming out to the largest PC gaming platform out there. We have all of the latest details about State of Decay 2 so keep reading to learn more details. 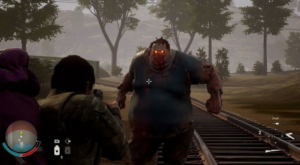 According to Undead Labs, the April 2022 release date is just a hoax due to April Fool’s Day, so we are hoping the actual release date will appear on the Steam page within the next couple weeks. Undead Labs said that the Steam version of State of Decay 2 is going to be the best version of the game, and many different surprises are going to be coming in the next few months. Since Undead Labs said that the game will be coming in early 2020, we are hopeful that we’ll get the game sometime in the spring.

What State of Decay 2 is All About

If you haven’t heard about State of Decay 2 before, it’s a zombie apocalypse game where everything is in the open world. There are a few main components to this game including survival, resource management, and community building. This game also is a sequel to a game from 2013, which was called State of Decay. If you enjoy survival zombie games, then you’ll probably love State of Decay 2, and it’s very popular among those that enjoy apocalypse situations. 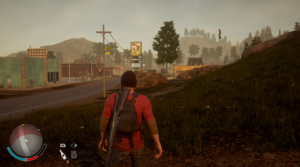 There are some interesting aspects to State of Decay 2, including that communities are all unique and none of them are alike. All of the communities have their own skills to deal with the zombie apocalypse, so there’s a lot of differences between one community and the next community. This is definitely a good thing because if all of the communities had the same skills, the game itself wouldn’t be nearly as fun. As you progress in the game, you will find that the specific community skills will come in handy as you try to fight off enemies.

State of Decay 2 DLC for Steam Unknown at This Point

Even though we know that State of Decay 2 is going to be released to Steam in early 2020, there are some things we still don’t know about the game. One of the main parts of the game we are unsure of at this point is whether or not the Steam version will contain the DLC that’s available on Xbox One. There’s a lot of DLC for State of Decay 2, such as the Daybreak DLC, and that alone has a new game mode attached to it. We are hoping that all of the DLC will indeed become available for the Steam version, but at this point we just don’t have any information on that. 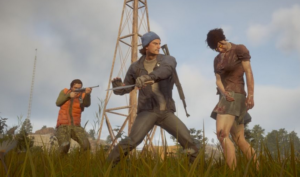 While some questions about State of Decay 2 remain unanswered when it comes to the Steam version, we do know cross play is going to be available. That means there will be cross play support for Steam and Xbox One, which we are excited about. We are hoping to provide you with more information as the release date gets closer, and give you information about a specific release date too. In the comments below, we want to hear from you about this game.

Have you played State of Decay 2 before on Xbox One and is this a game you’ve enjoyed so far? Are you excited that this game is finally coming to Steam? Were you someone that played the original State of Decay and really liked it? Are you hopeful that all of the released DLC will come to the Steam version of the game? What other games are you looking forward to seeing on Steam in 2020?