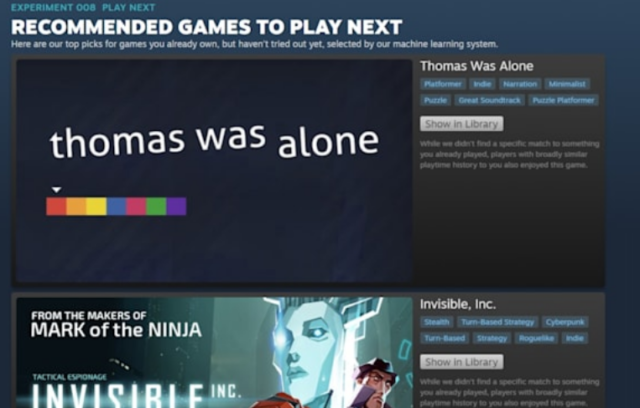 There is a new feature being added to Steam thanks to Valve called Play Next, and it’s going to help you find even more interesting games to play. This new feature comes from Steam Labs Experiments and it’s going to use some artificial intelligence to bring you some suggestions on what to play. Play Next is being released by Valve right now to the official Steam system so read on to learn more details about this feature.

Play Next Will Suggest Games You Already Own on Steam

The Play Next feature will suggest games to you that you already own in your Steam library. If you’ve been on Steam for years then it’s likely you own a ton of games in your Library but forgot about them. The feature that comes from Steam Labs Experiment is going to use artificial intelligence to offer up some unique suggestions to you on what games you may want to play next. Through machine learning, Steam will begin to notice your habits and interests when it comes to games.

You may think that this feature isn’t needed, but with potentially thousands of games in your own Steam library, it can be difficult to find an interesting game to get into. Instead of having to scroll through your entire list of games, let Play Next do all the work and compile similar games for you.

Play Next Feature Found in Latest Version of Steam

The good news is that Valve already released the new Play Next feature to Steam, but you have to have the newest version of Steam running to see this feature. After you’ve updated, just head to your Steam game library and then you should see Play Next on your game shelf. 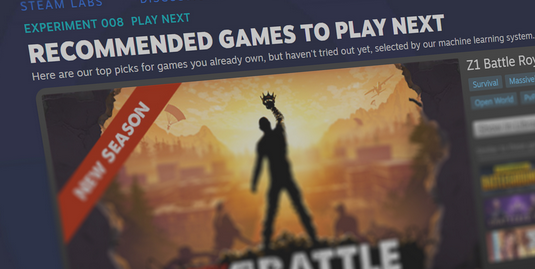 We think that this feature is going to come in handy for those that are always purchasing new games when they go on sale through Steam. If you’ve been using Steam for years, there are likely many games you forgot you owned that you bought due to it being on sale or free and never got around to playing the game.

There are some people out there that may not want to use Play Next even though this artificial intelligence feature is meant to help you play your own library of games. If you don’t want to use Play Next you can actually remove it from your game shelf and then replace it with something else that you would want in that section. You also have the ability to move the Play Next shelf up or down depending upon where you want it within the menu.

Will You Check Out Play Next on Steam?

The Play Next feature actually seems to work pretty well at lining you up with games you may want to play based on your own likes and habits. If you often play VR games, it will work to show you other VR games you’ve already got in your library that you may want to play. If RPG is more your thing, then this feature will suggest to you other RPG alternatives in your library that you likely forgot you owned. 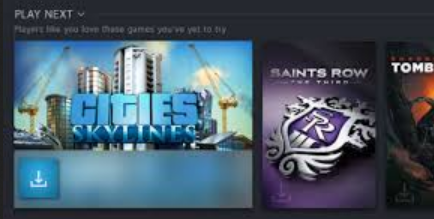 It will definitely work at suggesting you games that fit the overall genre or premise of the game you’re currently playing, which is pretty cool. Since it’s all games you already own, you also don’t have to worry about shelling out money to purchase, download, and play suggested games. In the comment section below, we want to know what you think of this new Play Next feature available in Steam.

Have you tried out this new feature and does it work well at suggesting to you games you already own that fit right into the type of game you’re playing? What other features that have come out of Steam Labs Experiments have you enjoyed? Do you think using AI is one of the best ways for Steam to learn your gaming habits and offer suggestions? What else do you think Steam could do to improve the PC gaming experience on this platform?