The new Steam Hardware & Software Survey for October 2017, is showing that Oculus Rift is gaining ground on the gaming platform. Oculus Rift has ended up gaining about.71 percent on Steam in the past month in terms of market share. That is still not the best market share for the VR headsets on Steam, with HTC Vive still leading the pack. We have all of the latest news about the VR headsets on Steam and which are gaining ground in the Steam Hardware & Software Survey from October 2017.

However, it appears Oculus Rift will soon be taking over the number one spot. Just a month ago, the price for Oculus Rift dropped permanently to $400. It is likely that within the next month or two, we will see Oculus Rift overtake HTC Vive on Steam as the biggest VR headset market share. 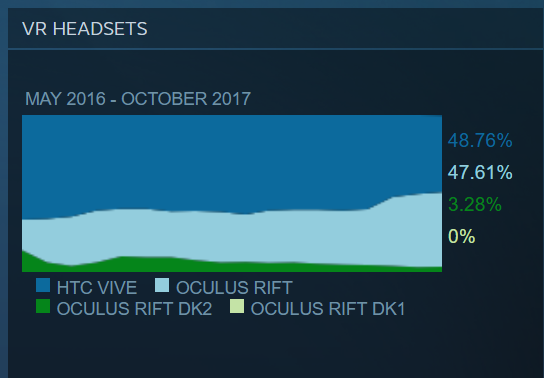 If you have never heard of the Steam Hardware & Software Survey before, it is done monthly to figure out some basic facts and statistics about those using the gaming platform. Steam always is interested in what software and hardware people are using on the platform. It also gives a good indication of how things are changing over time in terms of technology. 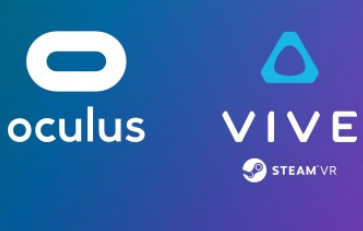 One thing that is hard to gauge with the Steam Hardware & Software Survey is how many of those that have an Oculus Rift are using Steam? We know there are thousands of Oculus Rift users out there, but we also know that not all of them are on Steam either. It is hard to really tell from the Steam Hardware & Software Survey data how many actual people own these devices since it only tracks those on Steam.

We do believe that because the Oculus Rift permanently is cut down to $400 that we will be seeing more people picking up the product in the future. It is hard to say just how many people will be wearing VR headsets on Steam to play games, especially since that total did drop just barely. It is more likely that we will see many more people signing up for Steam without VR though. We think we will see that more than we will see people with VR signing up for Steam.