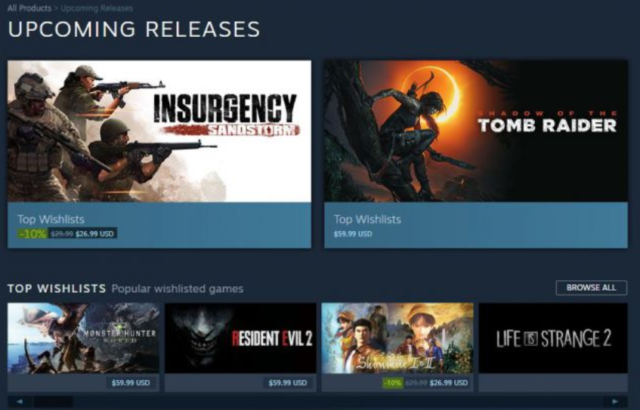 Steam has overhauled the Upcoming Releases tab on the storefront and renamed it as Popular Upcoming. The name change to Popular Upcoming is one part of the overhaul of the “Upcoming” tab, and this was a much-needed change for Steam. If you have played on Steam anytime recently, you would admit that the “Upcoming” tab and section was not very helpful and also very bland.

Valve has listened to feedback and decided to overhaul the tab to the Popular Upcoming section. That is news we are happy to tell you about and we are super excited to begin using the new section. In this section, you will find a lot more useful information and a much neater design. We have all of the latest details so keep reading to learn more about the Popular Upcoming overhaul.

The cool thing is that you will notice the change to Popular Upcoming right now, and see the overhauled look of the section. Previously, it was difficult to know which games were coming to Steam in a given week due to how the Upcoming Releases tab worked. With the new overhaul, you will find it much easier to figure out which games are coming to the Steam platform that week. Valve rolled out a lot of changes to the Upcoming Releases tab, which goes further than just a name change to Popular Upcoming. 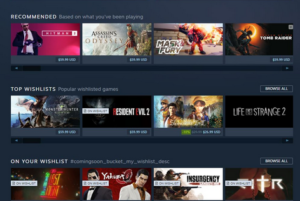 Valve said that the new Popular Upcoming section is going to be where all of the games that have gained a lot of attention will be. If there are games that have not been released yet that have already attracted a following, you will find those games in the Popular Upcoming section. Valve will determine which games go in this section by looking at how many people have put the game in their wishlist. Pre-order numbers and game developer reputations for delivering good games will also go into account. That means a video game developer with a reputation for releasing really good games are most likely to make it into this section. 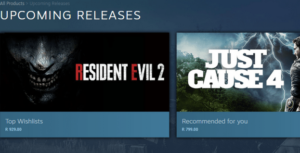 All of it is tailored to your own interests, habits, and game likes. That means if you are following a certain developer, you will be able to see the upcoming game releases from that developer. Any games that you have put in your wishlist also will be in this section. Any interests that you have shown on Steam will be featured in the “See More” section of Popular Upcoming Releases.

Another cool thing about the overhaul is that any genres you have filtered out or blocked on Steam will still be blocked. That means you will not have to redo the list to block or filter certain genres or developers since those blocked items will still be blocked. All functionality is still there though, if you are one of those people who have never blocked any genre or item on Steam before. There is a downside to this move, which could impact a lot of indie developers. 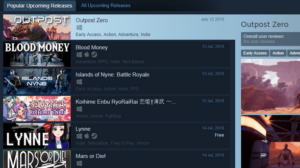 Valve said that game developers who are developing great games with a lot of entertainment value will have no issues when it comes to the new Popular Upcoming feature. If you build a very good store page with a lot of information and video, you also will have a better chance of getting onto the storefront. As for what the real impact of the overhaul will be, we will really have to wait and see.

You can head to Steam right now if you would like to see the new Popular Upcoming section. Once you have checked it out, come back and let us know what you think of the changes. Do you like the new design and overhaul? How do you think this will help you when it comes to finding new games to play? Are you someone who likes to check out the new popular games on Steam or do you look more for the hidden gems?