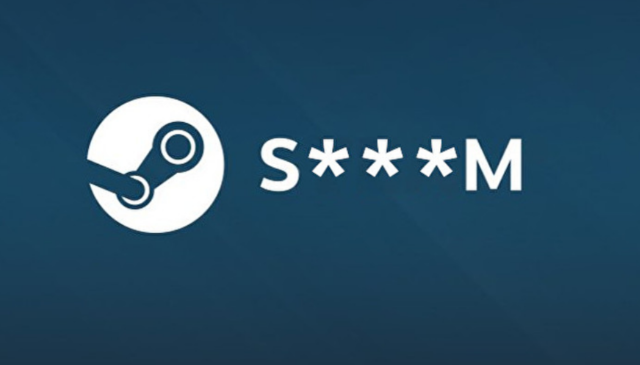 If you’ve been on Steam for any length of time then you know that quite often profanities are typed out from those playing within your gaming session. Sometimes it’s rival game players that are spouting the profanity and insults while you’re gaming and it can be distracting. If you’re someone that isn’t too fond of the profanity that happens during the game chats, then you’re going to love the new filtering tool being tested out on Steam.

You’re in luck if you’re one of the many people on Steam that dislikes the amount of profanity that regularly happens during game chats. Steam just released a beta test of a profanity chat filter, which is available to everyone if they want to check it out. It will essentially get rid of all of the profanities and insults that pop up within your gaming chats. This new chat filter is available in English and it’s a pretty simple option to enable. 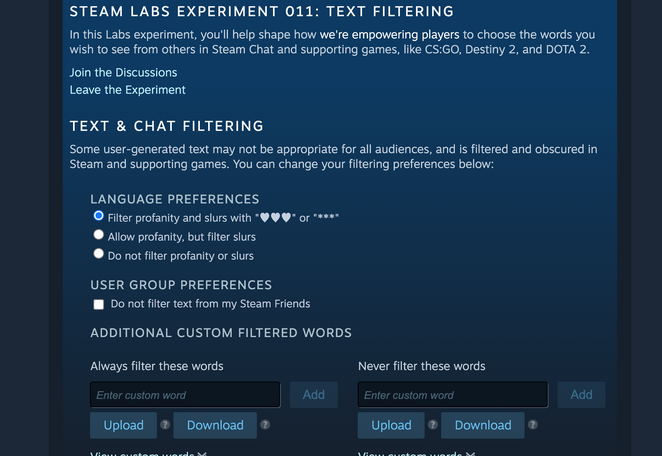 Instead, it will give everyone the option to remove those profanities and insults from their own chat. It’s not censoring in any way but it’s more of just a way that you can customize your chat experience by removing unnecessary cussing and insults so your gaming experience is better.

What’s really nifty about the new profanity chat filter is that it can be customized. The chat filter will automatically flag certain profanities and insults. As you might expect, the automatic filter doesn’t catch everything. If there is still some language you find offensive getting into your gaming chat, you can customize the filters yourself. 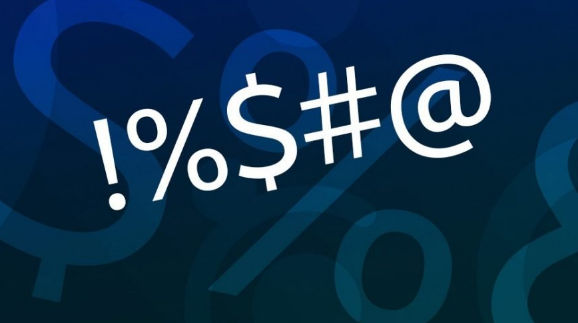 This means you can add terms that you find offensive and your gaming chat will remove those words automatically. Some words aren’t offensive to everyone but can be offensive to some. That’s why there’s the option to customize and add your own terms.

When the words are written by someone else and you’ve turned the profanity chat filter on, you are going to see symbols instead. This means if someone is writing the “F-word” in the game chat, you might see some heart symbols. All profanities and insults that are automatically included in the chat filter will have the symbols show up. You will see them on your gaming chat if they’ve been said by someone. You also can go into the chat filter and remove words if you don’t want them filtered out.

There are a lot of people that enjoy gaming on Steam but find the experience isn’t quite as enjoyable with the cussing. This often happens once people begin to get heated and overly-emotional during a game match. Some people try to troll by using profanities and insults to throw you off your game. Other people simply just don’t know when to stop saying certain words. This new beta profanity chat filter will come in handy. It will give people an easy way to create a better gaming environment for themselves.

Are You Going to Use the Profanity Chat Filter Option on Steam? 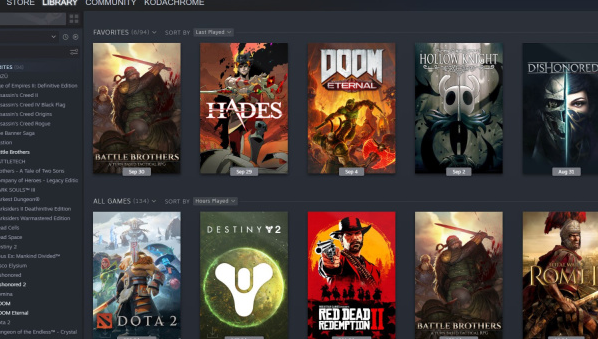 The slurs are likely based on race, ethnicity, and religion. Valve even said that it studied some chats and found that nearly 56% of all profanity was a variance of the “F-word.” As you can imagine, that’s going to be a major inclusion for the filtering system. 10% of words were a variation of the “S-word” which is going to be filtered out as well. Valve said that 10% was just potty-mouthed language that Steam won’t filter because it wasn’t bad enough.

It’s easy to check out the new profanity filter since all you need to do is sign in to your Steam account and click on the “Steam Labs Experiment 011” section. It even says it’s the feature to filter text so it’s not hard to find. Once you’ve enabled it then the automatic filters will begin working to weed out the profanities and insults from your gaming chats. It will work both on the supported game chats and within the regular Steam chat.

In the comments below, we want to know if you’ll be using the profanity chat filter. We also want to know if profanities bother you while you’re gaming? Do you think that the ability to customize the profanity filter is a good thing? Do you think some words might be a slur to you but not someone else? Are you surprised that it took Steam this long to add a profanity filter? Have you noticed that profanities and insults have gotten worse on Steam over the years? What else do you think Steam could do to make the gaming experience better?