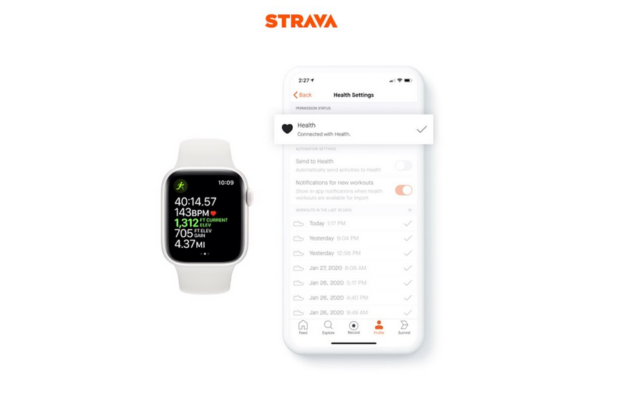 Good news if you use the Strava app on your iOS device as the app just was updated with HealthKit integration. This is a great addition to the popular fitness tracker app that lacked the ability to import data easily. It also means that you’re going to be less likely to use another app to access or sync the data since it’s going to be right there on Strava.

With this new integration, you’ll find that your experience is greatly improved and it’s functional for many occasions. Now that the app allows the import or sync of data, we expect more people to use this app for all workout needs. We’ve learned quite a bit about this Strava update so keep reading to learn more details.

Strava is now going to be able to sync the data from your Apple Watch thanks to the new HomeKit integration. This new feature can be found within the latest Strava app update. We’ve been anxiously awaiting this HealthKit integration for quite a few months now. 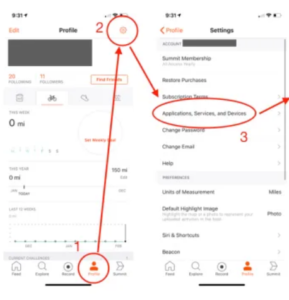 The HealthKit integration allows you to import all of your recorded workout data from any Apple device right into the Strava app. It’s going to make it much easier than ever before to track your workouts and overall health. The integration with the Health app itself has been a feature for a little while now. This new integration allowing for a direct import from the Apple Watch takes it a step further.

A lot of people used apps like Healthfit to get the Apple Watch information into this app since there was no direct support for HealthKit. The good news is that you’ll no longer need to use a third-party app to go about this process. It’s going to make life a lot easier to get your information from the Apple Watch into the app with this new update.

The best part about the HealthKit integration with Strava is that the ability to sync and import the data is right in the Strava app itself. Strava can read that data from the Apple Watch and directly import that data into the app. The process also doesn’t take very long either, so you won’t need to wait for that data to be uploaded. 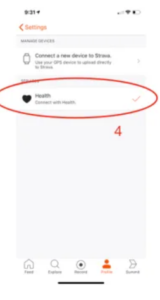 This new integration is going to help you better keep track of your workouts and fitness routines. If you want to mainly use Strava for your workout stats, then you’re going to love this HealthKit integration. It’s also very easy to begin using the Strava app to import those workouts recorded using the Apple Watch. A lot of people are now using the Apple Watch as a fitness tracker. It helps eliminate the need for a secondary device, such as the FitBit, and it’s also useful for many other tasks as well.

If you would like to enable the new HealthKit integration, just head to the app and go into where your profile is located. You’ll need to first click on the Settings and then go down to “Applications, Devices, and Services” option. You can then choose the Health app and from there select a workout that you want. The workout will then automatically be uploaded into the app once you’ve completed the workout using your Apple Watch.

This makes it easier to pick a workout if you’re not that into fitness. You no longer have to find a workout on your own since it’s right there within the app itself. It’s going to be very useful for people who have no clue as to what workout to begin with. Since it’s the beginning of the year and a lot of people tend to make resolutions to lose weight, this HealthKit integration couldn’t have come at a better time.

Other Changes in Strava for iOS App Update

The ability to upload Apple Watch workout details into the app automatically with HealthKit integration isn’t the only change either. In the new update, you’ll also notice that the uploaded duplicates issue was fixed. This was an issue that has been plaguing users for a while now, so we’re very pleased that it’s finally been fixed! You’ll also be excited to learn that activity cropping also is a new feature in this update. Most people have no idea what this means, so we are going to tell you about that too. 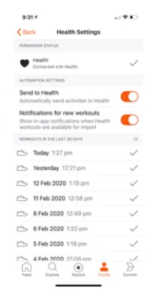 Activity cropping means you will be able to edit your workout activities right there on your iPhone. That will come in handy in situations where you accidentally had your GPS running longer than you really meant. It’s possible that you forgot to end the workout or you hit the wrong button, which could impact your results. With the ability to crop, you can get rid of accidental activity so that it doesn’t mess up your actual workout data. On Segments, those Summit members will also see Grade Adjusted Pace, heart rate, and power.

What other health and fitness apps for iOS do you recommend and what do you like or dislike about each one? Tell us in the comments below whether or not you’ll be checking out Strava now. Are you happy that full HealthKit integration is part of the free app? Did you make a resolution this year to eat better and also workout more? What are your health and fitness goals for 2020 and how do you think apps will help you achieve them?