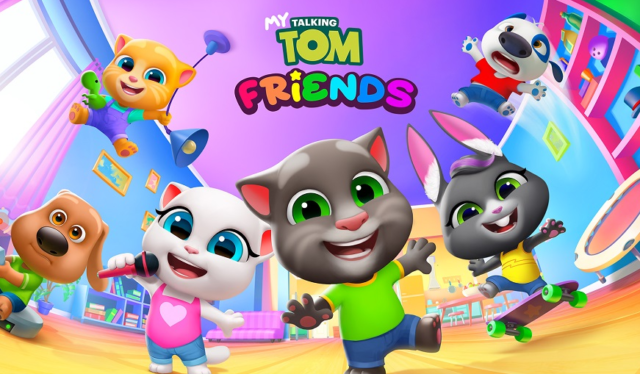 If you’ve been waiting for the new game My Talking Tom Friends to finally be released, your wait is over! This game just was released for both iOS and Android and it’s definitely one of the most anticipated game releases of the year. The game is the latest in the Talking Tom and Friends franchise and it’s already soared in terms of pre-registrations. There were more than 13 million people that pre-registered for the game, which shows you just how many people have been waiting for this game.

We’ve been waiting for quite a while for Outfit7 to release My Talking Tom Friends to iOS and Android. It’s one of the most anticipated games to be released this year and the wait is finally over. You can find this game right now live on Google Play Store and Apple’s App Store. The series is a huge hit and with 13 million pre-registrations it’s quite easy to figure that out. As each new game is released, more and more people become enthralled with this franchise. 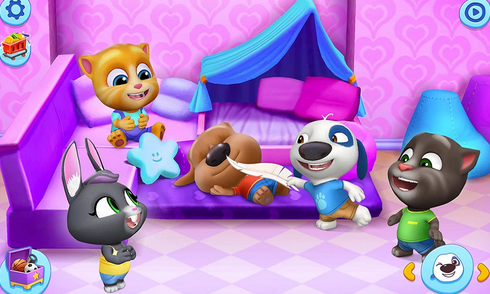 What is My Talking Tom Friends All About?

You might be wondering what My Talking Tom Friends is all about if you weren’t one of the 13 million people that pre-registered for the game. It’s a sandbox game that allows you to take care of each of the six characters in the game and their special needs. You will need to bathe them and also play various sports with them so that they stay healthy. These characters will also need to be fed properly, including eating fresh fruits and vegetables. 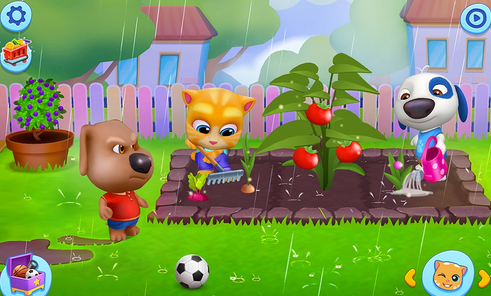 In My Talking Tom Friends, you will also have the talk-back ability, which allows you to learn more about your furry friends and engage in conversations with them. Not only that, but you’ll have a ton of mini-games to also play and some of these games are new to the franchise.

There are games where you can paint and play music as well as games that involve gardening and cooking. You will be able to decorate the house and also dress up your friends. All of these things make it a great game to customize and personalize to fit your own personality.

There are a lot of features and fun things to do in My Talking Tom Friends and it’s considered to be the most advanced out of all of the virtual pet games available for mobile. This game uses a sandbox type of style but brings so many fun activities and games that it’ll keep you busy for hours. When talking about this franchise, this new game seems to include everything that fans have wanted and asked for over the years. 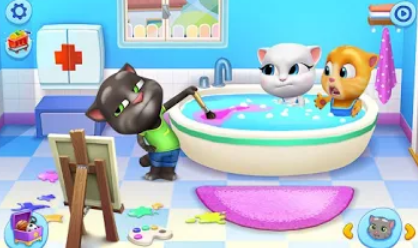 What we love about this new game is that it’s free to play and download so there’s nothing to stop you from getting into this franchise if you haven’t already. In the comments below, we also want to know what you think about Talking Tom overall. Do you enjoy playing these virtual pet games?

Which game out of the series has been your favorite so far? Were you one of the 13 million people that pre-registered for the game? If you’ve had a chance to play My Talking Tom Friends let us know what you liked and disliked about the game. Would you change anything about this new game if you could? Are there any other virtual pet games that you would recommend people check out?