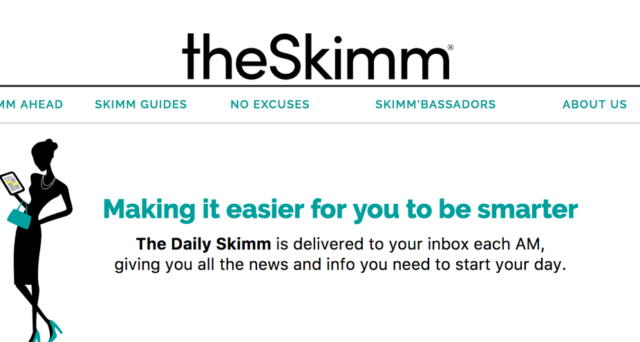 You might have heard about TheSkimm before, but if not, you might want to check it out now that it is out on Android. The media company, which is completely female-led and founded, has finally released an app for Android. This is great news for people looking to get news and highlights in plain form with no confusing language. In fact, TheSkimm is known for bringing the news right to you in the form of an easy-to-follow newsletter. Keep reading to learn more about TheSkimm and the new Android app that was just released on Google Play Store.

TheSkimm Launches an App on Android

The media company that is female-led has finally released an app on Android, which is great news for those who love reading TheSkimm. Before this week, there was an iOS available, but now both mobile platforms have an app for this media company. The newsletter you are used to seeing is now in mobile format and optimized for mobile. 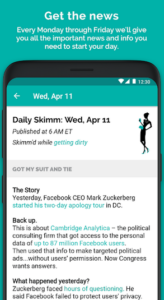 You will also get other features such as updates on the happening events right this second, and a calendar that shows you important events. There are complex topics that are talked about too, which is in the form of the weekly audio episode. A new feature is also found in the app too, which is Text theSkimm.

The Text theSkimm is where you can text the company directly in order to get information or insight into a decision you might be making right now. You must be an app subscriber to use this new feature, but it could come in handy if you feel like you need some input before making a decision.

This feature allows you to communicate with the company for things such as healthcare choices, how to ask for a raise, or how to invest your money. Since this company is all about empowering women and it is led by women, you might feel more comfortable seeking advice from them if you are a woman.

What is TheSkimm All About?

Getting more into what TheSkimm really is, it is founded by two news producers who worked on television. Danielle Weisberg and Carly Zakin founded the company, with the use of conversational language to talk about important and complex topics. The women founded the company, and have more than $29 million outside capital. 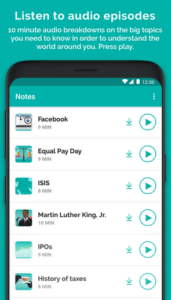 This company is founded on bringing the complex issues of today to a huge audience using simplified and conversational language. If you are worried or concerned about an issue going on today, TheSkimm breaks it down for you in an easy-to-follow format.

The explanations given through TheSkimm are very clear and concise, with an easy-to-read format. The newsletter is how TheSkimm got started, but it has since branched out into audio programming and releasing apps for iOS and now Android. When it is appropriate, the women will use humor to help get you through today and the news.

Not everything is a joke on TheSkimm though, and you will find many conversations are serious in nature, if that is the topic at hand. Informational services, the newsletter, and other news information is now found within TheSkimm Android app.

With this Android app, you will notice that your calendar will automatically sync up with the calendar found within the app. This allows you to keep track of important events, even from inside of the app. You can use the app to remember things such as sporting events or other events, such as when voting is going on in your state. Skimm Notes is also part of the Android app, and this could be a very useful feature to many people. The Notes will break down into one particular subject in less than 10 minutes, and it uses an audio format for the episodes. 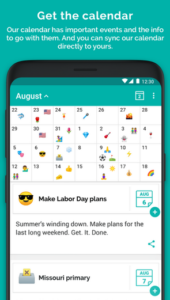 Lastly, TheSkimm is not a free app either, as it will cost you $2.99 per month. You can buy the yearly subscription for $29.99 if you are really into TheSkimm content. There is a free preview option available, but you will not get the full content unless you pay. More than 80 percent of the audience for TheSkimm are women, which shows you just how focused this company is on issues that impact women.

Over 40 percent of the audience are in the millennial generation, which is pretty cool. If you would like to check out TheSkimm right now, you can head to Google Play Store and download the new app. You will be able to download and check out the free preview option before you decide to become a paid subscriber to the app, so there is no negative to checking it out right now.