Imagine being able to play a game with your three favorite Canadian trailer park residents. If you are confused by that statement, perhaps you have never heard about Trailer Park Boys. Trailer Park Boys, or TPB for short, is a comedy TV show, following three petty criminals. The criminals are called Ricky, Julian and Bubbles. Throughout the TV show, the three characters get up to no good, trying to make some quick money and get by. However, in each episode, something always goes wrong in a hilarious way, making Trailer Park Boys an amazing show.

Trailer Park Boys Greasy Money is a pretty new game, which means that there are bound to be bugs in it. However, the developers have continuously pushed out updates, fixing some of the known game-breaking bugs. They also have added two new Liquor promos to the game. The developers have also stated that they will continue to patch the bugs that they find. This should assure Trailer Park Boys Greasy Money players that the game will continue to receive updates in the near future. Do you think you got what it takes to run Sunnyvale Trailer Park?

Cash, hashcoins and liquor are the three “currencies” in Trailer Park Boys Greasy Money. It is natural that a lot of people will try to find an easy way to earn those currencies. However, it is not possible to find a working cheat to do so. You should never download anything off of a website that claims you can have unlimited cash, hashcoins and liquor in Trailer Park Boys Greasy Money. Those “cheats” will be in the form of malicious programs, or viruses. 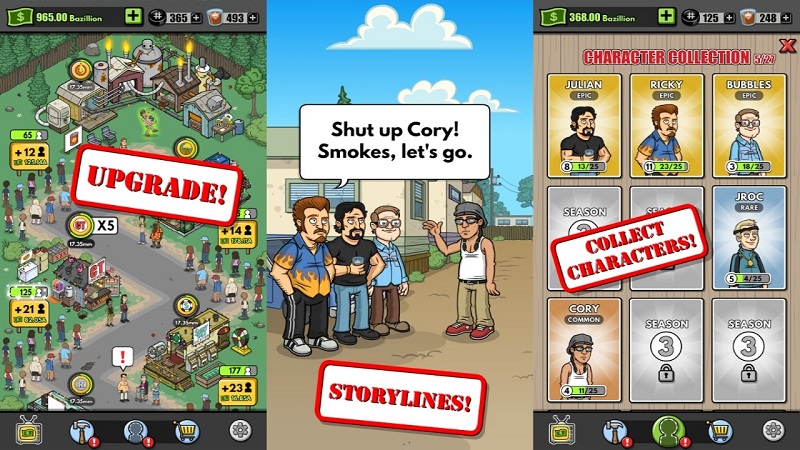 The primary currency of Trailer Park Boys Greasy Money is in the form of cash. You will see people scattered around the trailer park. If dollar bills appear on top of them, you can tap on them to collect some cash. Keep doing so until you have a nice amount of cash. Make sure that you keep coming back to collect the cash that you earn from the trailer park residents.

During your gameplay in Trailer Park Boys Greasy Money, it is important that you invest in the different businesses in the trailer park. Investing in businesses will increase the amount of cash that you earn through them. Do not invest all of your money in a single business, but try to scatter your investments around. That way, you can easily collect a lot of cash. This is also great for obtaining cash while you are offline. Make sure to keep collecting your cash. 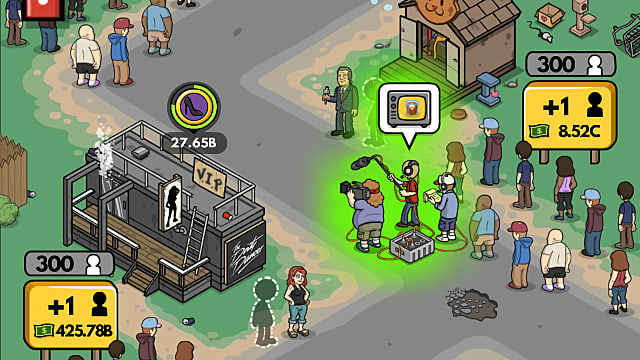 You can use your cards and liquor to upgrade characters in Trailer Park Boys Greasy Money. Upgrading characters is quite important. However, you should not do so at the beginning of your gameplay. There are also missions that do not require you to spend any of your cards or liquor on them. Make sure to keep an eye on those missions, as they basically do not cost any money to do. Upgrading your characters will allow you automatically earn more cash. In the beginning, this might not seem so important. However, as you progress, you will have to look at more ways to earn more cash, especially at a much faster pace than before.

Trailer Park Boys Greasy Money is a game that doesn’t require an internet connection. This automatically means that the game doesn’t have any security features. You can easily use the time-lapse cheat to instantly get a large amount of cash. Before you start using the time-lapse cheat, make sure that you have invested in businesses. Earning a fair amount of cash while offline would be a good starting point. Once you have made sure of that, simply close down your game and disconnect your smartphone or tablet from any internet connections.

All you have to do now is go to your time and date settings. Once you are there, tap on your device’s time and change it by forwarding it several hours. You should instantly receive a notification from Trailer Park Boys Greasy Money that your businesses have earned a lot of money. Start the game again, and collect the cash from your businesses. You can keep using this cheat, and keep collecting cash instantly.