Everyday the gaming community grows as it expands its influence not only over gaming platforms but also media. A huge trend that has taken over the last few years is watching gaming videos or streams on the internet. There are many different reasons why people enjoy it but it has gained a huge audience as shown by the fact that the most subscribed YouTube channel is owned by a gamer known PewdiePie with over 38 million followers! The only problem gamers have had is that they want a platform dedicated solely to gaming content but is there such a place where viewers can enjoy endless content of an infinite amount of games?

Twitch.tv is an IOS/Android app that allows users to watch gaming streams and videos from the touch of their hand. Create your username and profile and Twitch will unlock an entire community of gamers where gamers viewers can chat, interact with streamers and support them.  This app has gained a lot of buzz recently because of the updates it has had recently allowing gamers to be able to stream from their smartphones.

You heard correctly, gamers do not have to worry about buying a fancy setup with many gizmos to stream their favorite game to an audience, they can just pull out their smart phone and stream Hearthstone: Heroes of Warcraft from their iPhone for example. 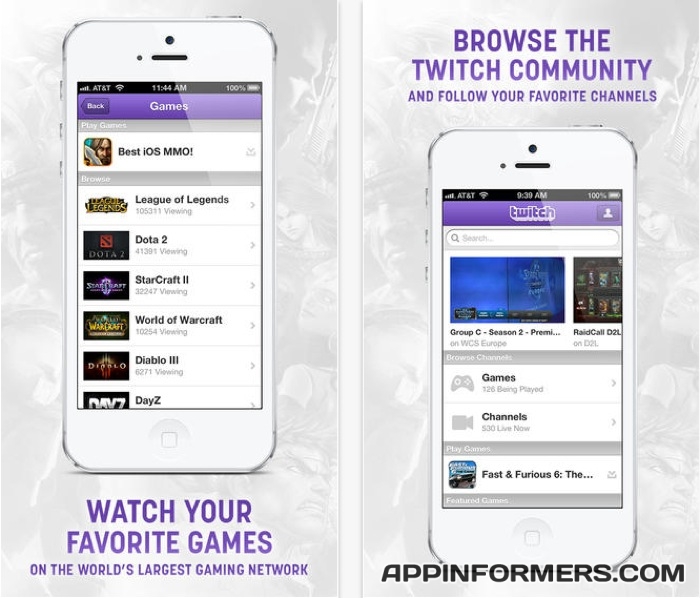 This gaming video app even has a few games of its own inspired by viewers and modified by Twitch. A great example is TwitchPlaysPokémon (TPP). In TPP the audience does not just watch a Pokémon game but it gets to control it because Twitch has customized their chat so that when a viewer types in a certain command, from a list of distinct actions, the game will perform that command. So the viewers must work together to try a complete the entire game which provides hours of game, comedy, and frustration when someone trolls the game by moving the character the wrong way.

Twitch.Tv is rapidly rising in the app store as it has over 1 million concurrent viewers each day, one hundred million unique views per month, and over 11 millions video broadcasts per month. Great examples of this amazing achievement are League of Legends, Counter Strike:Global Offensive, and the biggest fighting tournament of the year Evolution which each have at least a million viewers each and sometimes these events go on at the same time!

With the huge improvements that have been made over the past year this app has been out, I highly recommend checking it out if you are an avid gamer who enjoys watching live content and interacting with other gamers in the community.