If you have the Twitterrific iOS app or Mac app, you might be interested in hearing about the newest update. The new update adds a ton of new features including video attachments, muffling, and much more. Twitterrific 5 is rolling out now to iOS devices and the changes will now give this app the same features as the official Twitter app. Read on to learn about all of the new changes that are coming to the Twitterrific iOS and Mac apps.

The new Twitterrific iOS app and Mac app is gaining a ton of new features including muffling, muting, and video attachments. All of these new changes are bringing the app up-to-speed so it will have the same features as the official Twitter app. There are also third-party Twitter apps that also have all of these features already. 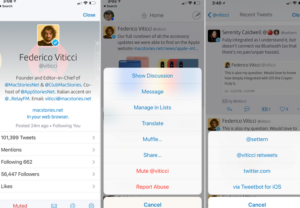 One of the biggest changes to the Twitterrific iOS app and Mac app is that you now can attach videos to your tweets. The videos can be 140-seconds or shorter, and just click on the camera in order to attach the video while making a tweet. If you are on Mac, you can click the camera as well to attach a video.

Both the iOS Twitterrific app and the Mac app are also updating with muting abilities. This means that anything that is muted will disappear from your timeline. The Twitter app and Twitterrific app will sync up, which is great if you go between both of the apps regularly. If you have muted a screen name already on this app, it will now update to mute those names on the official Twitter app. Another good thing about the muted screen names is that there will not be any push notifications for these accounts. These are not the only changes though to the Twitterrific iOS app or Mac app, as even more changes are coming with this update. 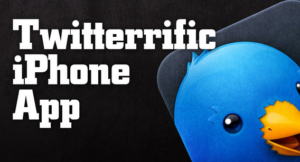 This also will allow you to avoid retweets about someone specific too. Beyond that, the iOS app also has a better response time when you are adding media. An easier-to-access Translate feature is now available too in the Actions menu. A media picker will also sort videos and photos by most recent, which will be at the bottom.

The Mac app also adds an updated reading position marker. This has been updated for search results of a user, closing the timeline, and also for blocked or mutes users. If you want to mute a tweet author, you can now use the new shortcut to do this. On Mac, the Twitterrific app is $7.99 on the Mac App Store.

On iOS devices, you can download the app for free through Apple’s App Store. These are just some of the biggest changes that have come to the app in this update. We expect that even more changes will soon be coming to the app in the near future.

Have you downloaded the Twitterrific app for iOS or Mac yet? If you have, are you excited to try out the new features, such as adding video attachments? Do you think the sync abilities between Twitterrific and the official Twitter app are helpful? Let us know in the comments what you think of all of the changes that are now part of the Twitterrific iOS and Mac apps.