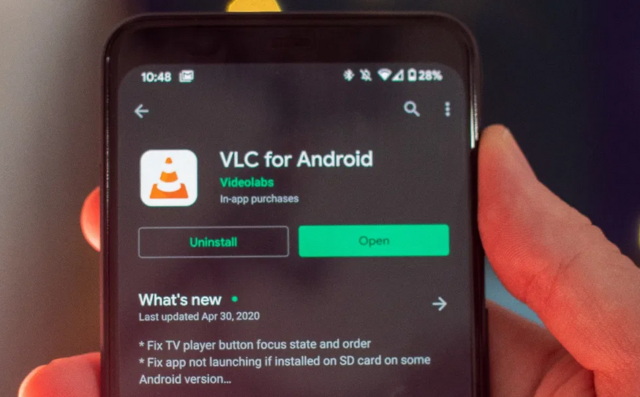 We wanted to talk about a new update for VLC, which was just released on Google Play Store. If you’ve never heard of VLC until now, it’s one of the best free and open-sourced media players available on the mobile market. With this new update, you’ll notice quite a few changes to the app including a lot of user interface design changes and improvements. We wanted to tell you all about the new VLC update, which brings the app to version 3.3, and all of the improvements you’ll find.

If you go to Google Play Store, you’ll be able to download the newest update to VLC, which is version 3.3. In this update, you’re going to notice a ton of user interface design changes and also some mobile optimizations that will make it run smoother on your Android device. The biggest change you’ll notice with the updated version for Android is that it’s now using the Google Material Design theme. The Material Theme is now part of the user interface, which makes it more in line with Google apps.

“Playlist” is also available in this section and it’s a huge improvement compared to the old hamburger style menu of the past. You may remember trying to use the hamburger menu with the gesture navigation found on Android 10 and Android 11. If you tried that, then you know that it was very difficult to do with gesture navigation and it was really frustrating as a user.

Downloading this new update is also going to give you an improved audio player and video player. You will see the progress of the video or audio much clearer than before. With the audio player, you will be able to see the progress in your playlist and it’s similar to how Google Play Music looks and works. The video player is going to allow you to actually lock which video orientation you’re using. This option will be right by the play and pause button and scrubber control options.

In the section where you can get downloads of subtitles, you will see it looks much cleaner. There is the option to even fine-tune various audio and this comes in a redesigned interface. In the new interface, you can use the floating menu to play multiple tracks at once. Blu Ray and DVD support has also been improved, which is great news since that was not exactly running smoothly before. You will now notice that the progress has been saved so that you can playback the audio or video from where you left off.

Have You Been Using VLC on Your Android Device?

If this app is already installed on your Android device, you will likely see the automatic update hit your device within the next few days. It’s live on Google Play Store so that you can manually download the update if you don’t want to wait around for the automatic update. We also know that the Android TV version is soon going to be getting an update with all of these improvements as well. 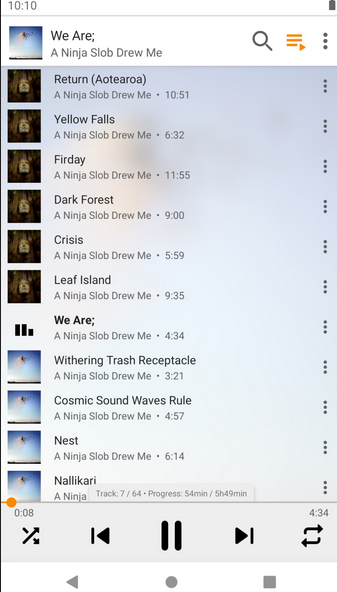 In the comment section below, we want to know whether or not you’re currently a user of VLC on your Android device? Do you like VLC as opposed to the standard player that comes with Android? Are you someone that often uses a media player for video and audio? What is your favorite change in this new VLC 3.3 update? Are there any other features or changes you hope to see in future updates? If you use another player besides VLC, tell us about that in the comments below. What makes the player you use better than VLC or the standard player on Android devices?