We wanted to tell you this week about a new VR game that was released to Steam and it just happened to be released today! The new game is called Cubism and it’s a VR puzzle game that’s basically like Tetris but in 3D. It was developed by Thomas Van Bouwel and the publisher of the game is Vanbo LLC. This casual indie puzzle game is worth checking out if you have a VR headset for Steam and want to play a neat little game to keep you occupied for hours.

Think of Tetris but think of a 3D VR version of the iconic game and that’s basically what Cubism is and it’s pretty fun. The game not only released to Steam today, but it also is available on Rift and Quest. Quest is going to also get hand-tracking in a future update, but we wanted to talk mostly about the Steam version of this game. 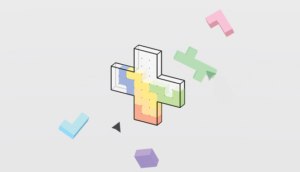 Thomas Van Bouwel is a Belgium-based developer and he has brought a new spin to an old classic puzzle game premise. You will need to fit the shapes into a bigger defined shape and it’s all done using 3D. The main point of the game is to solve each of these puzzles by figuring out how to get those shapes into the bigger shape before the board fills up. This is a relaxing game but it’s also a game filled with strategy. As you progress in the game, the puzzles get harder to solve and you’ll notice the difficulty increase with each level you pass.

Cubism is a single-player game that is both fun and challenging, but it’s not going to leave you wanting to throw your VR headset out the window as some games do. It features a very casual graphic design and it so far has 60 levels. We expect that more levels will be added as time goes on, but 60 levels to start out with is pretty good for an indie puzzle game. 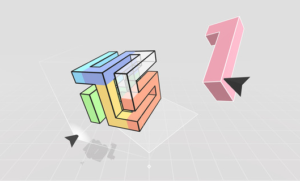 The game itself will cost you $10 on Steam and it will require you to have a 64-bit operating system and needs to be played using Windows 10 for optimal gameplay. There is also a demo of the game available on Steam, and we really like the addition of the demo.

Checking out the demo allows you to check it out before you purchase the game to ensure it’s something you’d be into playing regularly. Some games might look fun but then you play it and you feel like it wasn’t worth the money. We wish that more games would have a demo available so that we could sample the gameplay before purchasing it. If you are a fan of Tetris or other similar puzzle games, then Cubism might be just the game to check out if you want to put a VR twist on this type of classic puzzler.

Will You Check Out Cubism on Steam?

While we mostly wanted to talk about Steam we also wanted to mention for a second Quest and Rift. The developer, Bouwel, confirmed that if you get the game for either Rift or Quest, there is cross-buy support. That is always an added little bonus and it makes it even better if you’ve been debating the game and have either Rift or Quest. 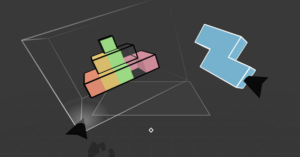 Even though there are a lot of puzzle games on Steam, the added VR element and relaxing colorful blocks make this a game you can play and put down any time of the day or night. It’s a game that we think a lot of people will enjoy, but we want to hear what you think about it in the comments below. Have you purchased this game on Steam and if so, what did you like and dislike about this game? Will this be a game that you see yourself playing regularly?

Do you like the added VR element of the game and does it make the puzzles more immersive? Are you going to check out the demo first before you buy the game on Steam? If you know of any other puzzle games that are similar to this or use VR that you’d recommend people check out, tell us about that in the comment section below too.