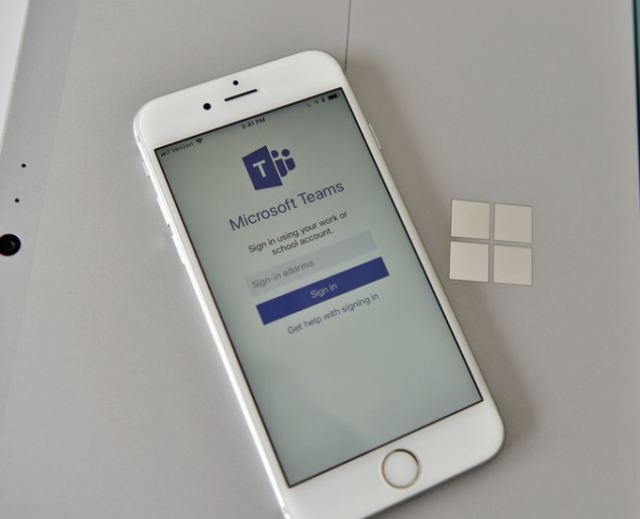 We wanted to tell you today about a new feature coming to Microsoft Teams for Android. This new feature is called Walkie Talkie and it’s a feature we heard would be coming to Teams sometime in early 2020. It appears that the wait for this new feature is about over as the Public Preview is going to be released very soon. Keep reading to learn more about Microsoft Teams and this new Walkie Talkie feature that’s going to be rolling out soon to Teams.

We don’t have much longer to wait for Microsoft Teams to get the much-awaited Walkie Talkie feature that we first heard about earlier in the year. Back when this feature was announced, it was said to hit Microsoft Teams in the first half of 2020, which is basically right now. 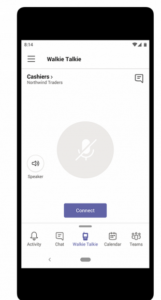 A new announcement from Microsoft is showing the progress being made on getting this feature into Microsoft Teams. The Public Preview of this new feature is coming to Microsoft Teams beginning in the middle of July. By the end of July, the entire rollout is slated to be completed, which is a big deal.

With the new Walkie Talkie feature enabled in Microsoft Teams, your Android device will be turned into a walkie talkie. You will be able to use this either over Wi-Fi or by using your cellular data and it’s also going to be a push-to-talk feature. This means that you will be able to talk instantly and securely over the cloud itself.

You will also be able to broadcast your voice message to anyone you want. You can choose to broadcast a voice message either to a specific person or an entire group. If you’ve ever used a walkie talkie in the past, then you know the basics as to how this feature will work and what it’s useful for.

Once this feature goes live, it will be easy to enable in Microsoft Teams. The Office 365 administrator will have to manually enable the feature in order for you to begin using it. This can be done by heading to the Teams Admin Center and this will be how to enable it while in Public Preview mode. 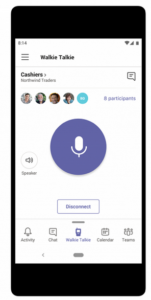 You will need to provide all of the people in your organization with access to it and then possibly wait for 48 hours for it to be enabled for everyone. Once the feature is available for everyone, you will have the Walkie Talkie ability on your Android device. If you have members on the same channel, they can communicate with one another just by using push-to-talk.

The main goal of this feature is to make it easier for employees and people that have task-oriented jobs or service jobs. It’s supposed to enable people to communicate quickly and securely with ease and no other equipment or technology is needed. If you have an Android device, then you will be able to turn your device into a walkie talkie with this feature. Since the walkie talkie itself is also a fairly old way to communicate, it’s going to be good for older people that lack a lot of technical skills.

Will You Use the Walkie Talkie Feature in Microsoft Teams?

With Microsoft adding the Walkie Talkie feature to Teams, it’s going to be a more cost-effective approach and likely going to be useful for small businesses. A lot of small businesses cannot afford to purchase the Apple Watch, which has a walkie talkie feature built into it. Just having a cheap Android device with Microsoft Teams installed is going to give you this ability and it’s all secure so you don’t have to worry about being hacked or someone listening to your work conversation. 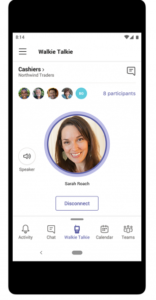 We want to know in the comments below whether or not you will be using the Walkie Talkie feature once it’s released in Microsoft Teams. Will you check out the Public Preview first or will you wait until the feature has completely rolled out at the end of July to try it? Do you think you could use this feature in your line of work? Have you asked your employer to include your organization in the Public Preview that’s about to go live within a month? What other features could Microsoft add into Teams to make it more useful for you or for your company?