While a lot of people get a new smartphone every year, or every other year, there are still a lot of people that do not have such privileges. Many people try to use their smartphones and tablets as long as possible. As long as the device still works, why the need to replace it, right? The problem is, a lot of developers stop supporting older smartphones and tablets. If you do not have the current OS versions installed, there is a high chance that you will not be able to download some of the latest apps. However, this is definitely not the case with WhatsApp.

WhatsApp has just announced that they will continue supporting Android 2.3 Gingerbread until February 1st, 2020. This means that you can continue using WhatsApp on old Android devices for the coming years. This announcement did come as a surprise.

With this announcement, WhatsApp has shown that they provide better support than most other app developers. Most Android apps require a minimum of Android 4.0 to be installed on the device, or even a newer version of the OS. Each version of Android introduces new features and better options for developers. This is exactly the reason why many apps require a certain Android OS to be installed, because the app uses features of a certain OS version.

Even though WhatsApp will continue supporting Android 2.3, there is a high chance that the newer WhatsApp features will not be available on older Android devices. However, the basic features of the WhatsApp app will remain available, such as messaging, photo sharing etc. If WhatsApp stops supporting Android 2.3 in 2020, there is a high chance that Android 2.3 has become completely obsolete. People will continue upgrading their Android devices and OS.

Google releases a monthly report that shows some interesting information about Android. In that report, you can see that Android 2.3 is already barely used anymore. At the beginning of June, Android 2.3 was installed on only 0.8 percent of every Android smartphone. When the support for Android 2.3 stops by WhatsApp, there is a high chance that there won’t be any Android smartphone running Android 2.3 anymore. 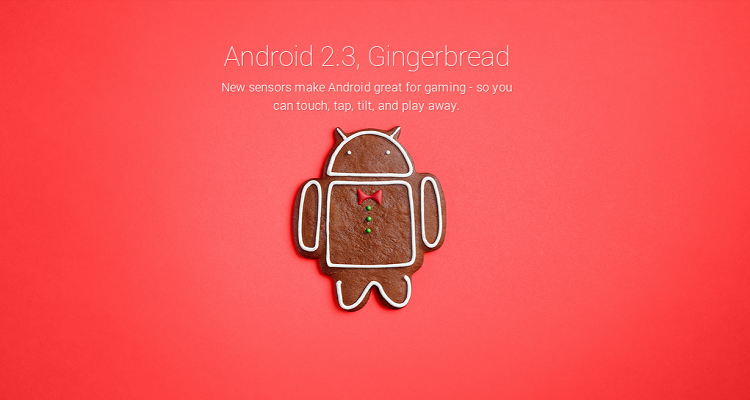 Android 2.3 Gingerbread was introduced back in 2010. It was an important step for Android as an operating system. The Android 2.3 update came with many improvements, especially because it made the OS run smoother in the background. The interface also received a big facelift with the Android 2.3 OS update, and became much more user-friendly as a whole.