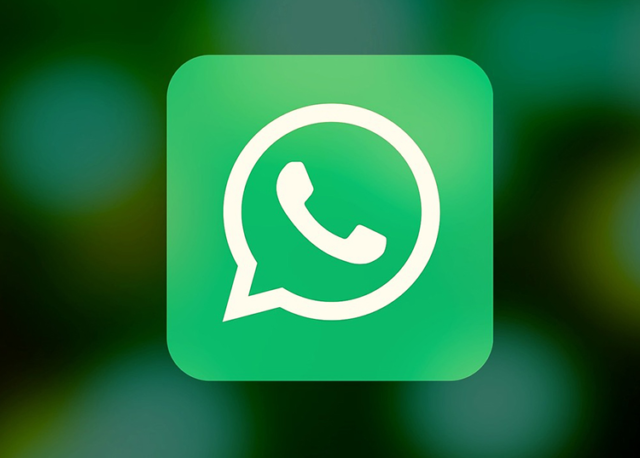 A new WhatsApp update on both iOS and Android is rolling out right now. One huge addition to the app in this update is focused on privacy. You will now be able to prevent people from adding you to Groups. This is a great addition to the social app because it’s always annoying when someone adds you to a Group without your knowledge or consent. Read on to learn more details about this privacy feature and how it will benefit you as you use this popular messaging app.

If you upgrade WhatsApp on either Android or iOS, you’ll see the new privacy feature right away. On iOS, the new version is 2.19.110.20 and on Android, the version is 2.19.298. Once you’ve downloaded the newest WhatsApp update, you will be able to check out the feature that prevents people from adding you to groups and those associated group messages. This is going to be very beneficial for those using the popular messaging app but wants more control over being added to groups. 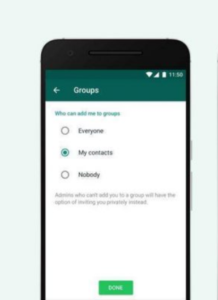 There are situations specifically where this new feature will come in handy, such as in situations where a spammer is trying to send messages to people they don’t even know. Spammers will try to send malicious coding or even offensive images and videos through the group message option. So not only are you being prevented from seeing spam with this feature, but it will also help prevent malware from being spread around through the app.

If you’ve updated to the newest version of WhatsApp, you’ll find it’s very easy to locate the new privacy settings for Groups. Simply go to “Accounts” and then click on “Settings” and hit “Privacy.” You will see the “Groups” option and if you click that you’ll be able to change your preferences. 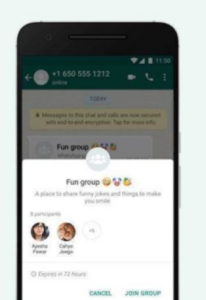 There were already some options which allowed you to choose to be added by everyone, by nobody, or by only contacts. The change is that the “Nobody” option has been removed and replaced with a new setting called “My contacts except.” This is what you will click if you want to block only certain users from adding you to Groups.

You also will be able to choose to block all contacts from adding you to Groups, so either way, you have a couple of new options to play with. If you get spam messages from someone you’re friends with then you can click the “My contacts except” option.

Some people don’t want to be added to Groups even by friends, which is where the all contacts option would come in handy. This new privacy-focused option doesn’t actually block the person completely. If you block someone completely, then they cannot see your profile, status, add you to Groups, or send you messages of any kind.

If someone has been added to your list of people that cannot add you to Groups, then they can still message you and invite you privately to join a group. You’ll notice that with that option, you have more control over whether or not you want to join the group as opposed to just being added to a group involuntarily. The whole goal of this is to reduce malware from spammers and also it’s aimed at stopping the harassment. We will see whether or not this change really does help, but we think it’s a great start for WhatsApp users. 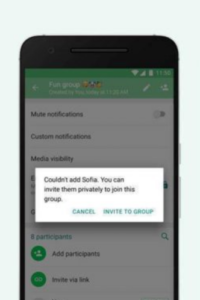 You can manually download the update from either Google Play Store or Apple App Store or you can wait for the update to hit your device through the automatic option. It might take a few more days for everyone on iOS and Android to see this update on their device. Once you’ve checked this new privacy-focused feature out, we want to hear what you think about it in the comments below.

Do you like the option that you can prevent certain people from adding you to these Groups? Are you someone who uses the Group Message option in WhatsApp or do you like private one-on-one chats better? Have you been in situations where you’ve gotten spam messages through Groups and do you think this new feature will help cut down on the spam? If you use another messaging app to communicate with your friends and family, tell us what you like about that app over WhatsApp as well.