A new turn-based tactical game is available on Steam called XCOM: Chimera Squad. During the promotional period, you will be able to get the game for half-off the retail price! We know that during this time, you are probably sitting at home trying to find some more games to get into while we all wait for our state to open back up during this coronavirus crisis. Well, we wanted to tell you about this new strategy game that has been released on Steam since it can occupy your mind for a while.

If you’re looking for a new video game to get into right now on Steam, you might want to check out Chimera Squad, which is the new XCOM game. This turn-based tactical game was just released on Steam and it’s also on sale for a limited time. During the promotional period, you will be able to get this game for just $10, which is $10 off the regular price. That means you can get a 50% discount but this discount is only going to be available until May 1. 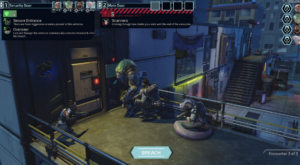 If you wait until after May 1 to purchase this game through Steam, it’s going to cost you $20. You can head to Steam right now to check out the game and see if it’s something you’d be interested in playing. The publisher of XCOM: Chimera Squad is 2K Games and overall it has a mostly positive rating up to this point on Steam. If you haven’t heard about this game before, we wanted to tell you a few details of the game below.

XCOM: Chimera Squad is a Turn-Based Strategy Game Out Now on Steam

You might have heard of XCOM before since it’s one of the most popular series of video games available on multiple platforms. The new game, XCOM: Chimera Squad, takes place many years after all of those events that happened in the previous XCOM games. The Elder’s control of the Earth has been overthrown thanks to humanity being successful at this effort. 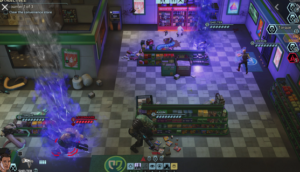 The invaders are now free from the mind control of the Elders and ADVENT is no longer an issue. This means that the hybrids, humans, and aliens all have to try to move forward with life after this huge conflict. A new civilization has to be created and it will require everyone to co-exist and work together to create the new civilization.

In XCOM: Chimera Squad, the hybrids, aliens, and humans have all been sent to a new city called City 31. You will need to try to prevent the entire city from going into complete chaos and you will need to do some investigating while you’re there in City 31. Even though the events in this game take place several years after the previous, XCOM: Chimera Squad is considered a standalone game.

Will You Be Downloading XCOM: Chimera Squad on Steam?

There are a lot of cool aspects of XCOM: Chimera Squad including that there is a Breach Mode and Interleaved Turns. You’ll find that this game has a lot of interesting takes and spins on some of the classic XCOM events and plots. In this game, you will also have a really interesting story mixed with a ton of interesting characters. Some of the key features from the previous XCOM games are not available in this new game, so that might disappoint some people out there. 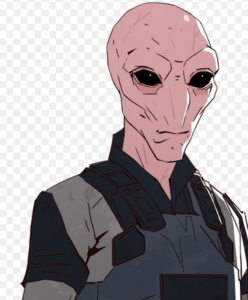 We want to know whether or not you’re someone that likes the XCOM series of games. Have you heard about XCOM: Chimera Squad before? Do you think that this game is going to be as good as previous XCOM games? What XCOM games have you played in the past and what did you like and dislike about them? Will you be getting the game sometime within the next week so that you can get the 50% off deal? If you’ve found a new game on Steam that has interested you or kept you engaged lately we want to hear about that too in the comments below. Tell us what games you’re playing and what games you’re excited about that will be released soon to Steam.